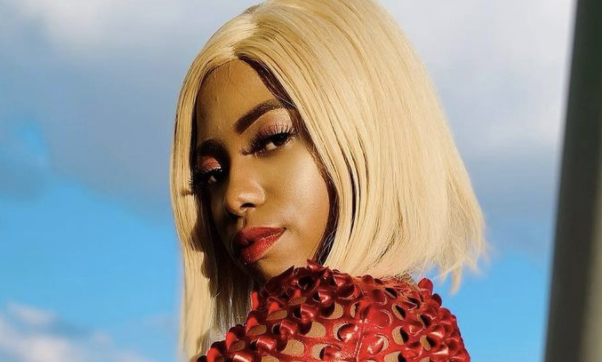 Rapper Gigi Lamayne is all beau'd up after the first season of the hit international reality dating show Temptation Island SA, and she hopes she can change public perception of Mzansi celebs as well.

“My brand has always been about surprises. Just people never really know what I am going to do next,” said Gigi about shocking fans with the news of joining the cast of Temptation Island SA.

Chatting to TshisaLIVE, Gigi had fans excited that they are finally going to get a sneak peek into her personal life.

“I want people to see me outside my element, you know, not as a celebrity, not as an artist but as someone who also faces the same challenges. I am single, I am looking for someone, if it happens on the show, why not? I’ve always kinda dated people in my industry, and it was only recently that I decided not to,” she said.

Chatting about why she joined the show, the Slaap Tiger hitmaker said she wanted to start dating outside the music space and meet people of different backgrounds who could possibly be “the one” for her.

“Just because I don’t want to be chatting about the same thing around the table. I just wanted someone to challenge me, someone who lives a lifestyle completely different to my own. Previously I would date for the moment and be in the moment but I think I am slowly starting to understand how stability is super-important,” she said.

Gigi also hopes that audiences can change their perceptions of women of colour and hopes to see more women like herself be unapologetic.

“Young women of colour, it isn’t something you shy away from; being unapologetic in whatever space you are in, you really embody, in a way, a strong character and just see how I navigate through the show.

“We can be feisty, we can be in our emotions, we can be logical with the decisions we make and I hope people get to experience that about me,” said Gigi.

She also hopes she can change the perception of those who think that celebrities are any different from their fans. Gigi said some Temptation Island SA cast members were curious as to why she was being humble when, in fact, she was just being herself.

“I had a few contestants say to me, ‘why are you so humble?’ and I was like, ‘Is this not reality TV? This is who I really am’.

“People had a perception of who I am but I am glad I got to prove them wrong. We are celebrities, but we are people at the end of the day, we face the same problems you do and we wake up in the morning and drink coffee like you do,” she said.

The Mermaids and Stuff star also revealed that her relationship has changed from single to question mark, as Gigi is smitten, but wants you guys to tune in to the show to find out the identity of her new bae.

“I can't wait for you guys to see that,” said Gigi.