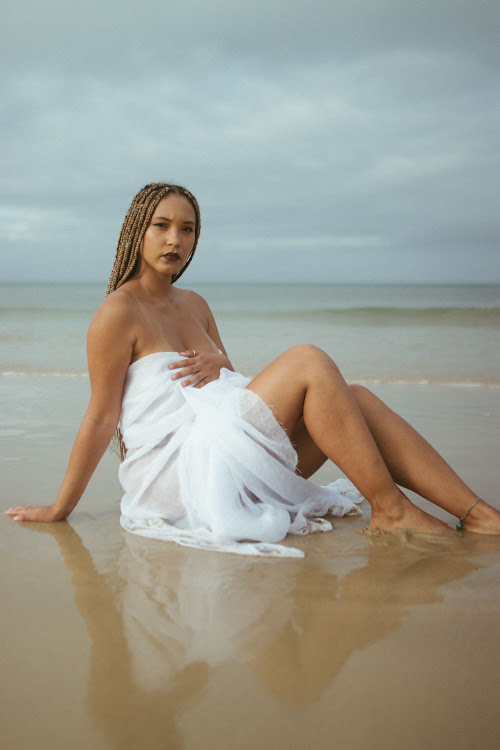 Though the 26-year-old has been singing since she was in grade 2 at Erica Girls Primary School, the release of her first EP, No Shame, is her boldest and latest step towards realising her goal of making a career out of her singing talent.

In No Shame, a six-track project, Houlie steps away from conventional genres by producing multigenre-inspired music.

“I don't have a specific sound but most of my music is new age, R&B-influenced,” she said.

“My genre varies. When I’m writing on the guitar, it [becomes] a very alternative indie sound, when on the piano it becomes soulful.

“When I have a beat it tends to be more R&B-inspired and sometimes afro-beat.”

The EP is titled after one of the songs in the project.

When she wrote the song No Shame, Houlie aimed to mirror a stage of liberation she was in at the time — being confident and unashamed of her actions.

“When I wrote No Shame I was in a very good mental and emotional space,” the Framesby resident said.

“I felt I was on the right path in life because I was pursuing music and manifesting my EP, which was something I had been wanting to do for the past three years.”

Houlie wrote and recorded most of the songs in the project in 2019.

“I was very confident and calm about the process because I was in a healthy space and had good, positive influences around me,” she said.

Like many artists and creators, Houlie has her own creative process which she notes has slightly changed over time.

“Previously I would get a beat, listen to it and one day have this creative inspiration to sit and start writing to the beat.

“Now I no longer wait for inspiration to come to me, I just start playing music and write,” she said.

“My soul creates for me, so my music is usually how I’m feeling.

“If I go through a break-up, I’m writing about that.

“If it’s a new love interest or I’m going through a dark emotional time, I’ll write about those feelings,” she said.

Houlie started playing the piano and joined the choir at Erica Girls Primary, singing throughout her primary school years until she moved to St George’s College, which did not offer music classes.

She pursued journalism studies at Nelson Mandela University and later switched to a general BA and returned to music after university.

Houlie is from a musical family, where her grandfather played the piano and organ at church. The piano was  passed down to Houlie’s mother and then Houlie.

No Shame is available on digital streaming platforms.