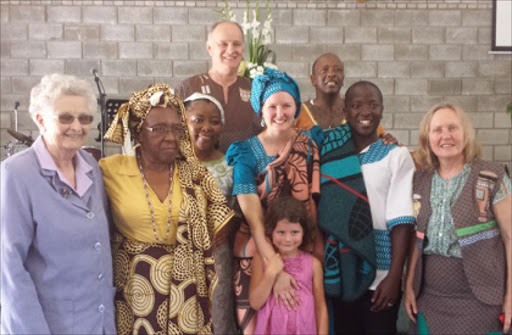 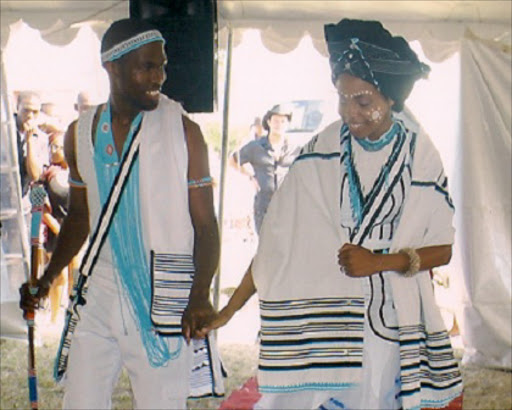 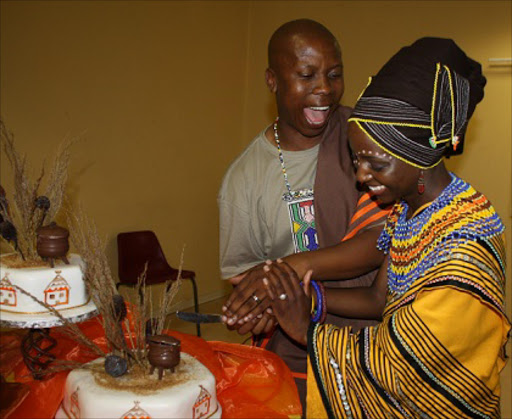 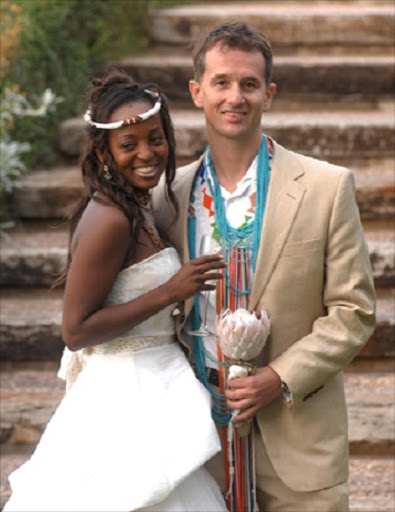 THE traditional custom of lobola, also known as “bride-price” or “bride-worth”, may sometimes be misunderstood by western eyes but in African culture, it is a ritual that helps to bring two families closer together, writes Octayvia Nance.

Lobola negotiation is an age-old tradition where a man pays the family of his fiance for her hand in marriage.

Archdeacon and priest of St Stephen’s church in New Brighton Zwelidumile Tom – a judge at The Herald Bride and Groom last week – said the primary purpose of lobola was to build relations between the respective families as marriage was more than a union between two individuals.

“The custom is aimed at bringing the two families together, developing mutual respect, and showing that a woman’s future husband is capable of financially supporting his wife,” Tom said.

“It demonstrates how much the girl is valued by both sides. It marks respectability, worthiness and appreciation.

“Therefore, as a valued person at marriage, the girl is not stolen but given away, under mutual agreement between the two families. It’s not a buying or selling transaction as it may be understood by other cultures. The gift of lobola raises the value attached to her both as a person and as a wife.”

Methodist church leader Bishop Musi Losaba said paying the lobola showed commitment and love on the part of the bridegroom.

“It is a token of thanks and appreciation on the groom’s part to the family of the bride for their care over her and for allowing her to become his wife,” Losaba said.

“It is a public declaration that the marriage is genuine and, in the past, because of lobola, the husband and wife could not easily separate and divorce. There was always discussion with the family members before marital separation and that’s why back in the olden days, this made marriage more binding.

“The lobola negotiation also shows that families have agreed to the marriage of the son and daughter – it is a sign of approval of marriage by the families. Traditionally, if lobola was not paid, it showed that the family did not approve of the marriage.”

Kwazakhele’s Zion Christian Church member Mike Zaka, who has been married for 40 years, explained the process: “Traditionally, a man who wants to marry a woman would schedule a meeting with his future wife’s family. His intentions are made clear and if it is accepted, negotiations can begin. The size of lobola varies considerably depending on the relative wealth and status of the families, the advantage to gain from the marriage link, and the desirability of the bride.

“Once the lobola is finalised the marriage can take place.

“On an appointed day the bride’s family will bring her to the groom’s house, in the middle of celebrations in which animals are slaughtered as a sacrifice to the ancestors, inviting them to bless the occasion and introducing the bride to them.

“There are no formal invitations for this event, rather whoever wishes to, can participate in the celebrations, often leading to very large crowds.

“Many years ago the lobola payment was in cattle as cattle were the primary symbol of wealth in African society.

Some families even use electronic transfers and credit cards as a form of payment.

“The bride’s family can ask for a cash equivalent of the number of cows they want.

“There is a Xhosa saying, ‘one never stops paying lobola’, which means the family link is the important part of lobola, a union that must be constantly renewed by visiting one’s in-laws, inviting them round, and in general maintaining very good familial relationships.”

Bond strengthened by spirit of sharing and connecting

LESEDI Williams did not pay lobola for Kristle van Niekerk’s hand in marriage last year but he still showed, in true tradition, that his bride would be looked after by paying for half of the wedding.

Because they do not share the same cultural background, there were no formal lobola negotiations.

“It was my duty as a man to make sure I could still show that Kristle will be looked after and that I could pay for our wedding. Kristle’s father wanted to contribute to the wedding, to bless us which was extremely generous of him. Blessings prove to be very special when it comes to family relations,” Lesedi said.

Kristle took part in tradition when she wore her “makoti attire”. “I threw a spear into the ground, symbolizing me ‘anchoring’ myself in their home.

“It was such a big celebration again and I got all dressed up. They named me Lefika, which means pillar,” Kristle said.The ceremony symbolised Kristle moving from her parent’s home and being welcomed by her Sotho family.

Lesedi’s parents paid for the wedding and, because he didn’t pay lobola, he reckons he got off quite lightly.

Lesedi, who matriculated at St Mark’s Community School, is the son of Sipho and Noshipho Williams. Kristle is the daughter of Newton Park couple Andre and Patricia van Niekerk.

“A man pays lobola to show the woman’s father that he will be able to look after his daughter. It is to show that he is capable and willing and so he brings cows to the father. I totally think that this is an amazing thing that is still relevant today,” Lesedi said.

Two sides of the same coin

EASTERN Cape engineer Kevin Kwinana paid lobola for his fashion designer wife, Thabo Makhetha, and although they became proud of their culture during the process, Thabo points out that in many other communities the element of greed has distorted the meaning of lobola.

“We’ve been blessed with wonderful families which have made us excited to open this new chapter of our lives. I don’t think the traditional custom is outdated at all, but rather gets abused,” Thabo said.

“In many cases, it is the man who pays the bride-price (he is usually not yet financially able – depending on different circumstances). I see this as unfair!

“With Basotho the number of cattle is fixed. So it’s 20 per bride non-negotiable, however Xhosa people have a negotiation process they go through. The price per cattle is negotiated. Once they agreed on the amount payable, an up-front payment is made and then a welcome ceremony is prepared to welcome the groom,” Thabo said.

Kevin said they came out we came out of the experience really proud of their culture and “it also brought our families close together”.

“Thabo’s parents told us to pick out furniture for the house which they paid for with lobola money.

“The family wouldn’t allow me to settle the (lobola) amount in full because, symbolically (and literally), no amount of money can compensate for my wife, and if she’s that precious I’ll always treat her and her family with love and respect.”

A letter from Kevin’s family was sent to Thabo’s stating his intention to make her his wife. Then men from both families met and started the process of negotiations.

Thabo said she only wore her engagement ring after negotiations had commenced. “Once both families had given us their blessing – we also had the ring and engagement prayed over by our pastor as well,” Thabo said.

Kevin said in his culture an engagement starts when the groom sends a delegation.

“I’d like to add that the delegations are there to articulate and represent the groom and bride’s wishes in conjunction with the two family’s cultural practices. Compromises are made and they can get quite intense as each group wants to defend the honour of their representative. Ultimately if negotiations are conducted in a spirit of love and with the bride and grooms interests at heart, they help lay a good foundation for family relations,” Kevin said.

Custom the heart and soul of Xhosa nuptials

EVEN though law student and part-time photographer Luvuyo Ngxiki refers to himself as “one of those Xhosa guys who follows tradition simply because it is expected”, he said he had a pleasant experience with the lobola negotiations of his wife, Nolundi.

“I’m not the most traditional man and when I have kids, I probably wouldn’t ask for lobola when my daughter gets married but I followed the custom because it was the right thing to do. Although I cannot share the exact amount I paid for my wife, I can say it was reasonable,” said Luvuyo.

“The lobola negotiations were the first official meeting of our families, which in my opinion is a very good thing.

“The lobola money was used to pay for our wedding day expenses.”

Nolundi, nee Njozela , works as an administrator at DHL and in her spare time runs her own beauty business.

The Swartkops Valley couple held their traditional wedding at Daku Community Hall in Kwazakhele on December 18 2010.

“The following day the bride is brought by her family to the groom’s family. My bride was given the name, Sinovuyo, which means ‘we have happiness’,” said Luvuyo. The Ngxiki’s celebrate their fourth wedding anniversary this year.

“With regards to my daughter, in the future, all I would want is for my son-in-law to be ready to take care of his family. They must pay for the wedding themselves and do as they wish,” Luvuyo said.

JOURNALIST and author of Marrying Black Girls For Guys Who Aren’t Black, Hagen Engler played his part as the future husband of Xhosa woman Nomfundo when he took part in the traditional custom of lobola.

“I knew it was something I had to do, so I was totally cool with it. In fact, I’ve even embraced it,” Hagen said.

“Myself and my dad made an appointment to visit my wife’s family, about four or five times. So for four months we flew from Joburg to Port Elizabeth.

“We are a very westernised family, so the date for the wedding was already decided and we concluded the final negotiations two days before the wedding.

“The amount of lobola I paid, was quite reasonable and although I still paid a separate amount, it was kind of built into the cost of the wedding. For me, lobola isn’t about the money but about building relationships with the family because by the time the negotiations are over, you are well acquainted,” Hagen said.

Nomfundo, nee Marele, is the owner of events company Open Ceremonies. The two married at St Francis Bay in April 2008 and have a baby girl named Liso.

“It was a day of celebration – I married the woman I loved,” said Hagen.

“It was epic. We had the service on the beach and I took part in traditions like stabbing a spear into the ground.”

“Her family was dressed in traditional attire and sang at the top of their voices.

“I understand that usually each of the families would sing in competition but since we’re white, we didn’t know any of the songs.

“They sang for the both of us – there was so much festivity.”