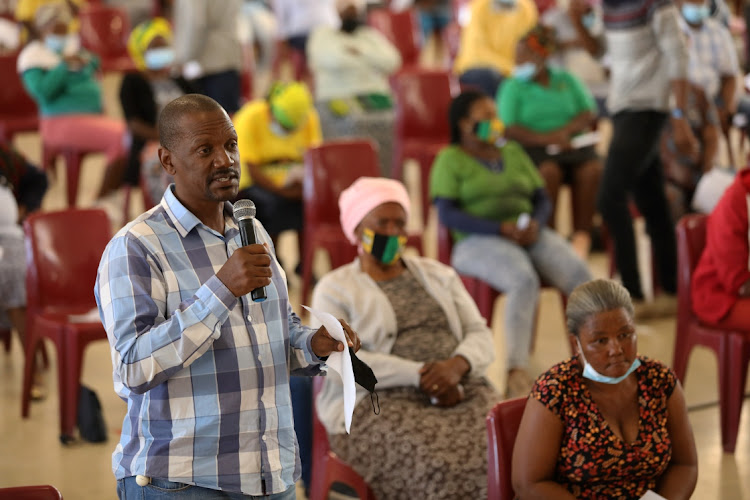 The Eastern Cape Parks and Tourism Agency (ECPTA) has set the transformation of game farming as a priority and aims to bolster black ownership in the wildlife industry.

Individuals and co-operatives with access to land can now participate in the wildlife economy by owning game provided by the agency.

ECPTA regional tourism development manager Duma Maqubela said this was part of the industry’s transformation programme that was set to change ownership patterns.

Maqubela was speaking at a stakeholder engagement session at the Wells Estate Multi-Purpose Community Hall on Tuesday.

“We are saying people must form co-operatives, look for land and then approach the ECPTA so they can be assisted with big game and participate in the sector.

“We understand that one of the barriers to entry is the cost of the game.

“Through this programme, successful applicants will be loaned game that is suitable for the land they own,”  Maqubela said.

The dialogue was organised by councillor Tembinkosi Mafana to explore how Motherwell and Wells Estate residents can benefit from projects by development agencies.

“We have had challenges in working with the agencies, especially with Coega,”   Mafana said.

He said Wells Estate residents lived close to the CDC but little benefit had been given to them.

“Also, when the projects have passed the construction phase, you find that the people employed at the companies that come do not even reflect the demographics of the province.”

CDC recruitment consultant Phumeza Khona said it was important for SMMEs to ensure they were registered on the agency’s database.

“Over the last two years, SMMEs have benefited to the tune of R114m from Coega projects,” she said.

This, she said, was in line with the SMME policy also adopted by the Nelson Mandela Bay municipality.

“Another way we are assisting SMMEs is by helping them comply with legislation and regulatory bodies.

“We have truck stop and tank farm projects coming this financial year, with each having about R26m set aside for SMMEs.”