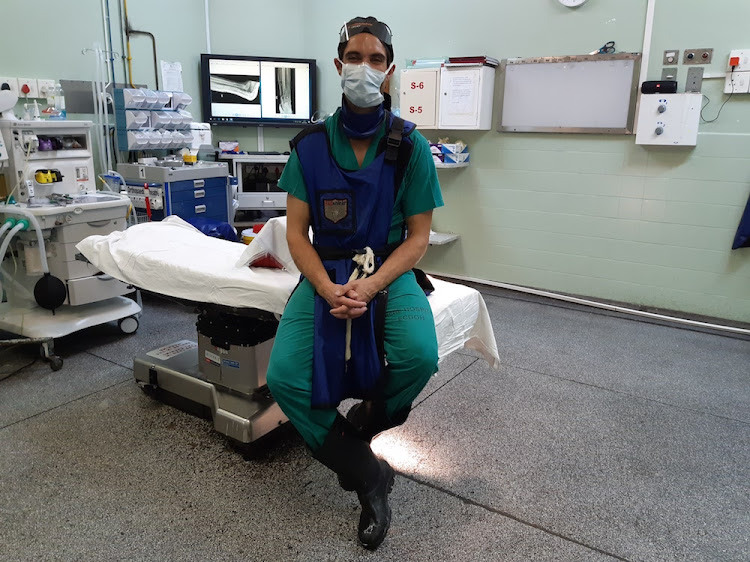 Dr Kaylem Coetzee's study will give valuable insight to orthopaedic departments and medical educators in the country.
Image: Supplied/Discovery Foundation

Dr Kaylem Coetzee’s parents could never have guessed the impact of buying their son his first Lego set. Many years later, a harrowing personal experience was the final piece of the puzzle that made him decide to study orthopaedic surgery.

Not everyone would agree that orthopaedic surgeons are carpenters of the human body, but that is exactly how Coetzee describes himself.

The 33-year-old loved playing with Lego as a child, but that wasn’t the only motivating factor in his decision to follow this career path. It was something more serious that happened while he was in his fifth year of studying that helped him choose this field of specialisation.

A rare infection points the way to orthopaedic studies

“I was in New Zealand at the time, and getting home to SA via Singapore was a harrowing experience. I was in a tremendous amount of pain. I had a fever and I was shivering. I went into hospital. Scans showed I had a huge infection in my leg. There was talk of amputation at one stage. I am a runner and I love the outdoors. The thought was horrifying.”

“The treatment I received from professor Sithombo Maqungo at the Netcare UCT Private Academic Hospital inspired me to pursue orthopaedics,” Coetzee says.

Discovery Foundation invests R24.5m in training and research of public sector doctors for 2020

A dire need for orthopaedic services in the Eastern Cape

Coetzee grew up in the Eastern Cape and completed his schooling at Selborne College in East London. He studied medicine at the University of Cape Town and did his internship in Port Elizabeth. He then got married to Nicole, and for two years, they lived in the small rural town of Maclear in the Eastern Cape. Then it was back to East London to Frere Provincial Hospital, where he is now in his second year as a registrar in the orthopaedics department, studying towards his MMed degree.

“I saw the need for orthopaedic services in the rural areas first hand, and that also contributed to my decision to specialise in this field,” he says.

He has nothing but praise for his colleagues. “They’re a fantastic group of people,” he says. He laughs when he says that many of them do woodwork in their spare time, as they also like fixing things, like he does.

His Discovery Foundation Rural Individual award will help him do a multi-centred study in various health science facilities using the Freedman-Bernstein musculoskeletal competence test. The study aims to evaluate the orthopaedic training that junior doctors receive at health science faculties in SA.

Coetzee will conduct his study in Gauteng, KwaZulu-Natal and the Eastern Cape, comparing the orthopaedic knowledge of current interns with interns from a similar study done 10 years ago. This will give valuable insight to orthopaedic departments and medical educators in the country.

Coetzee’s commitment to his studies is all the more remarkable, given that his two sons, Cameron and Scott, have a rare genetic condition that can affect their hearing and breathing. Cameron has had cochlear implants to help with his hearing, a tracheotomy to allow air into his lungs, and sleeps with a ventilator. Scott has been on preventive treatment from birth.

“The medical needs of our boys are central to our lives, but the joy of watching them grow up is worth all present and future sacrifices,” Coetzee says.

“Balancing work, study and family life is not always easy, but Discovery Foundation taking care of the financial costs of conducting the study has relieved a huge amount of stress,” he says. Coetzee hopes that the study will make a difference in the teaching of orthopaedics for junior doctors in SA.