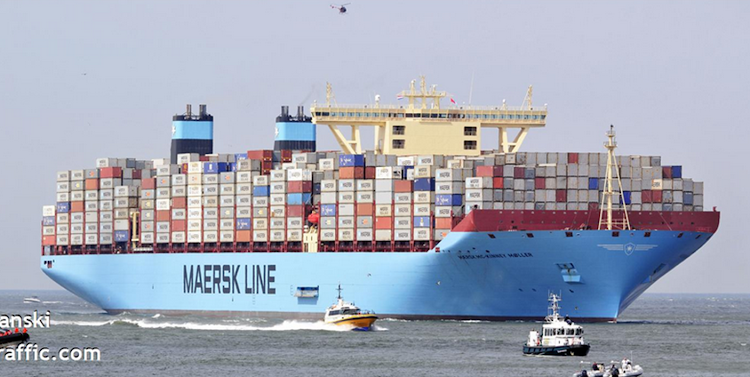 FULLY LOADED: Container shipping is a key component of the maritime industry and ports that are efficiently run can be a game-changer, Maersk Southern Africa’s market manager, Nduh Msibi, says
Image: SUPPLIED

Opportunities abound in the maritime industry and it is time for black people to dive in, Maersk Southern Africa market manager Nduh Msibi says.

Speaking during a maritime business virtual seminar on Wednesday, Msibi said 90% of world trade involved the ocean and with globalisation continually raising consumer demand, the possibility for building jobs and revenue were substantial.

“It’s time for Africans to deal with the myth that black people are scared of the water.

“We need to dive in and add value and derive value.

“My question is how do we move from talking about the potential of the maritime industry to acting to achieve our goals in the sector?”

The seminar was hosted by the Eastern Cape Maritime Business Chamber and presentations were geared around the topic “maritime transport — the backbone of international trade”.

The  chamber’s  deputy secretary, Ndumie Mfenyana, said the seminar also fell under the October Transport Month theme of “shaping the future of transport together” as declared by transport minister Fikile Mbalula.

Msibi, who graduated from Strathmore University in Kenya with an honours degree in supply chain management, said efficiency was an imperative if a country wanted to successfully engage in global maritime trade.

“If you don’t have an efficient port you can’t participate.”

Run efficiently, on the other hand, a port could become a game-changer for how a coastal country functioned, he said.

Related to this gauge, African ports at present featured nowhere in the top 20 ports of the world.

Durban was placed third highest at 72, behind Tanger Med, near Tangier, Morocco, and Egypt’s Port Said.

However, Durban was also one of the most expensive ports globally and ships were often delayed there.

“We need to look at port efficiency, costs and expansion. We need more trade agreements between our African governments. We need to look at regional collaboration, for instance between Durban and Maputo, and we need to address the problem of piracy in the waters off East Africa,” Msibi said.

“We need to improve the connectivity between different modes of transport, from ocean to rail to road, and look at the possibility of an Uber trucks system as more efficient than each company having to own all their own trucks.

“We need to encourage investment in maritime businesses like mariculture and bunkering and improve how our communication systems are synchronised.

“We need to look at ways to add value to each port beyond being simply places to move goods in and out the country.”

“We need to be guided at all times by the business case.

“Chandlering is a low-hanging fruit and while a boatbuilding and repair park was launched in Durban it never took off.

“There’s an opportunity there.”