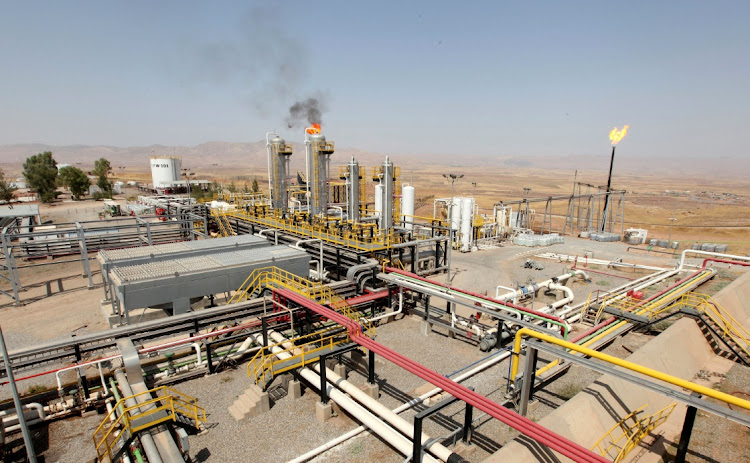 Oil prices rebounded slightly on Tuesday from big falls in recent sessions, but Brent crude remained near seven-month lows about $60 a barrel due to escalating trade tensions between China and the US.

Brent prices have lost more than 9% in the past week, with US President Donald Trump vowing to impose new tariffs on Chinese imports, and China making further moves against US agricultural cargoes. The US also responded to a decline in China’s yuan on Monday by branding the country a currency manipulator.

“It’s difficult for oil to hold [up] when you have such moves in equities,” PetroMatrix analyst Olivier Jakob said. “Brent at $60 a barrel is an important support level. It would be difficult for Brent to collapse below this level unless there is a further collapse in equities.”

Meanwhile, Iran has threatened to block all energy exports out of the Strait of Hormuz, through which a fifth of global oil traffic passes, if it is unable to sell oil as promised by a 2015 nuclear deal in exchange for curbing uranium enrichment.

On Monday, Britain joined the US in a maritime security mission in the Gulf to protect merchant vessels after Iran seized a British-flagged vessel.

Oil prices could find some support later on Tuesday, with a Reuters poll showing US crude oil inventories were expected to have fallen for an eighth consecutive week.

The American Petroleum Institute (API) is set to release its weekly inventory data at 8.30pm GMT, with official government numbers to follow on Wednesday.