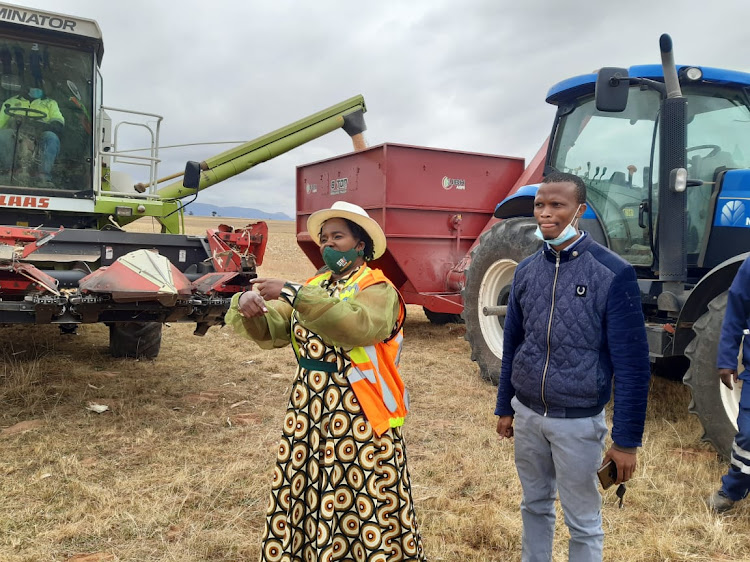 Agriculture MEC Nomakhosazana Meth has lauded the Aah Zwelakhe Agricultural Co-operative, which in just three years has managed to grow its production from 100 hectares to 1,500 while employing more than 200 people seasonally.

On Tuesday, Meth visited the people of Nkondlo in Ward 17 of Ngcobo where farmers had organised themselves in primary and secondary co-operatives.

Meth applauded the grain farmers for their hard work towards realising an agrarian revolution and food security in the province.

“This group of committed people have used 1,200ha to produce yellow maize with a yield of 5.2 tonnes per hectare and 300ha is used for production of oats,” Meth said.

“What is more exciting about the activities here is that they have started their own mechanisation centre [and] part of their plans is to increase the hectare target to 4,000ha.”

Meth said while the hectares under production were increasing, the processing of the produce should occur on site as well.

“Though we appreciate that there are offtake agreements for the produce from this agribusiness, we must also note that this prolific produce is leaving with the jobs that our province urgently needs.

“We therefore must build centres to process this produce.

“Producing animal feed must be the first task all partners work towards achieving.”

Meth said the department had noted and appreciated the strategy the Ahh Zwelakhe co-operative was using.

“We are of the view that the public private partnership implemented here must be emulated and replicated in other areas where communal fields are concerned.

“There are hectares that are not fenced, but their fields are protected by the unity of the people here.”

In her 2020 policy speech, Meth said the department would work to address the UN global food report which anticipates that the demand for food will increase anywhere between 59% and 98% by 2050.

“To seize the global food opportunity, the Eastern Cape must develop sustainable models to consolidate fragmented land ownership structures through legal and commercial agreements that are symbiotic and mutually beneficial to all parties involved,” she said.