Joshua to finally get heart procedure 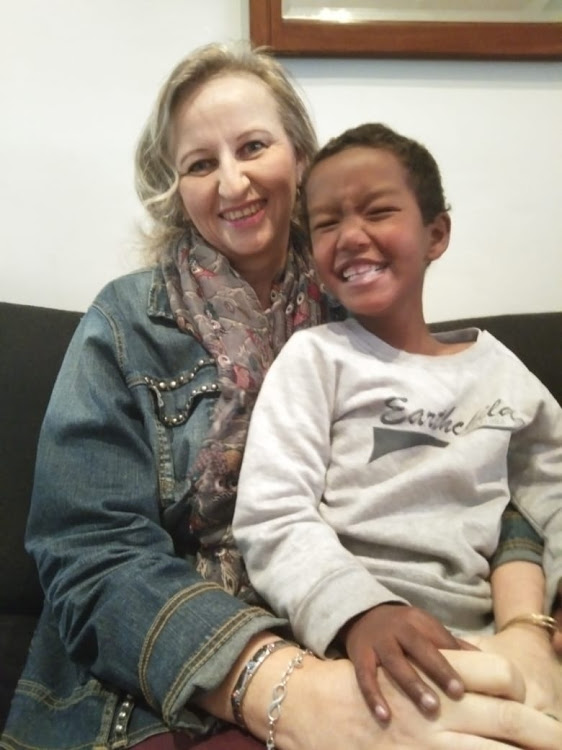 LONG WAIT OVER: Elmarie van der Merwe Brynard and her son Joshua have had their prayers answered as an anonymous donor and some corporates have come forward to fund Joshua’s diagnostic cardiac catherisation procedure
Image: SUPPLIED

The touching story of a little Nelson Mandela Bay boy — long overdue for a diagnostic cardiac catherisation procedure — touched hearts across the metro, with good Samaritans donating so much that other children can also be helped now.

Bay residents rallied around seven-year-old Joshua after his mother Elmarie van der Merwe Brynard spoke out about the frustrating wait they have endured to get the medical help Joshua desperately needs.

Joshua has endured wait after wait as the cath lab in Port Elizabeth remains closed, with the health department unable to open it for almost two years.

The doctors have waived their fees.

Fundraising efforts for Joshua were so successful that enough money was raised for another child to be helped, Jiyana said on Wednesday.

“Not only will the funds raised help Joshua but will allow us to perform an interventional procedure — a procedure that will prevent surgery [for another child],” Jiyana said.

The cath lab —  used to perform non-invasive procedures for diagnosis, to fit patients with stents which open blocked arteries, fix arteries, repair congenital heart defects and do some vascular procedures — has been closed since October 2018, when the facility was declared broken beyond repair.

The health department has made several promises to get the lab, situated at the Port Elizabeth Provincial Hospital, up and running again.

In August, Eastern Cape health department officials said the cath lab at the Provincial Hospital would reopen in October.

Joshua’s story shared in newspapers and on television, also caught the attention of companies including Vodacom, SPAR and an anonymous sponsor who is now organising a charity golf day to raise funds to help as many children as possible.

Heartbreak for families as life-saving cath lab still not open

“Currently there are about 60 children who are all waiting for the cath lab at Provincial [to reopen] and of those, 20 need urgent intervention,” Jiyana said.

“We’d like to start helping out as many of those children as soon as possible.

“That’s where the funding from the golf day will help us.”

“We are very appreciative of the people who have and continue to donate for these children to be helped.

“Seeing people offer to help because they’ve been touched by Joshua’s story, also encourages us as doctors to dedicate ourselves to helping these children.

“We urge people to continue to help in whatever way they can, so we can ensure a good outcome and take good care of children in the Eastern Cape,” Jiyana said.

Van der Merwe Brynard said she was “super happy” that her son’s story had opened an opportunity for other patients to receive help.

“However, she would continue to fight for the cath lab to be opened.

“Struggling with a child with a life-threatening disease for years can make you question God and feel sorry for yourself, wondering why your child has to go through that, but it makes me super happy that our journey is going to help other people,” she said.

The golf day will be held at the Humewood Golf Club on Friday from midday.