Teacher recognised as ‘ray of sunshine’ 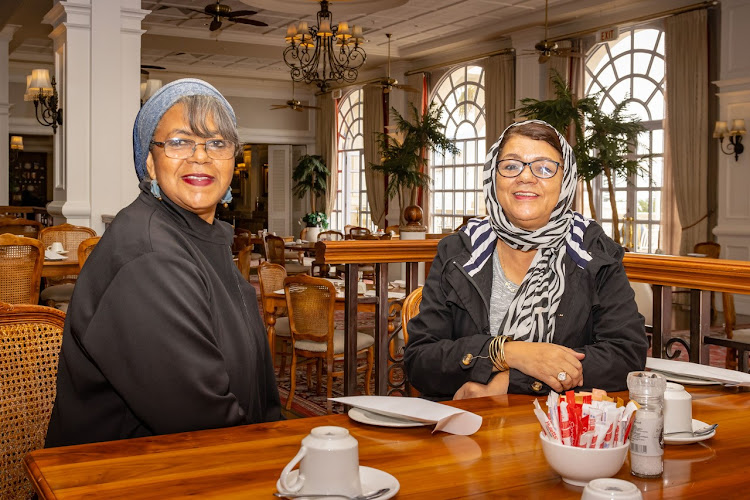 LUCKY LADIES: Latiefa Bruce and Rashida Cain were the winners of a buffet Sunday lunch for two at Kipling’s Brasserie, valued at R390
Image: LEON HUGO

A tribute to Latiefa Bruce by her sister Rashida Cain has won her a buffet lunch at The Boardwalk Hotel’s Kipling’s Brasserie.

Cain wrote that her sister, a teacher, had been “an inspiration not only in my life but the life of many others”.

“During lockdown I was working abroad and very concerned about my family, my father and my two adult children in SA.

“My sister made sure that they were fine and gave me regular updates.

“I could rest assured as I knew she would be there in any emergency,” Cain said.

“When schools reopened she was deputy principal at Booysen Park High School, and assisted her pupils and colleagues with motivation and inspiration.

“Her matric pupils were very concerned and she put in extra hours with her phenomenal maths skills.

“She was a ray of sunshine, despite suffering her own health issues during this time.”

Both Cain and Bruce win lunch for two at Kipling’s Brasserie, valued at R390 a  person.