Taking your partner for granted, teaches them how to live without you 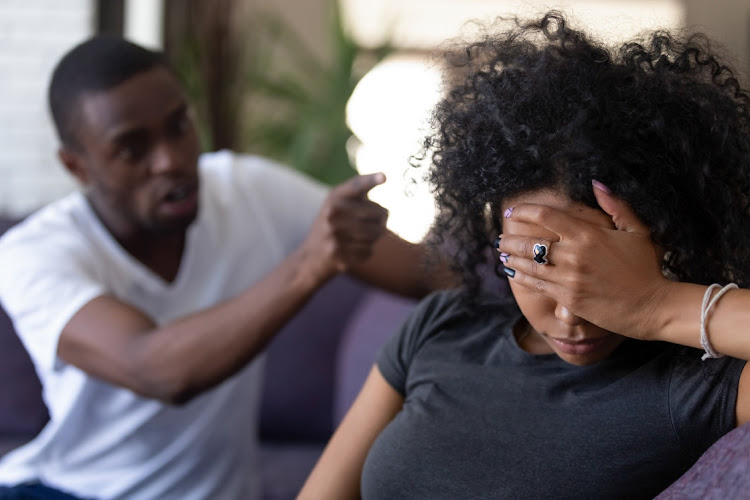 Taking your partner for granted, teaches them how to live without you
Image: 123RF

One of the most common complaints we hear, especially from women, whether married or dating, is that they feel like they are being taken for granted by their partner.

They will mention issues such as:

Of course, for every one of the above grievances from women, men have their own — it goes both ways.

Feeling neglected by someone you love and being involved in a one-sided relationship with a partner who doesn’t appreciate you is extremely painful.

It is emotionally exhausting.

It scars your soul and affects how you love in future — essentially changing who you are.

You find fault with yourself, becoming  self-critical and blaming yourself for the dispassionate response you keep getting from the one you love.

However, your feelings for your partner can begin to slowly expire.

There are many reasons people take their partners for granted.

It may be they are so comfortable in the relationship that they trust your consistency and reliability.

They feel so secure and nurtured in the love you provide that they begin to take your faithfulness for granted.

It might also be, simply, that your partner is used to how things have  become and has forgotten to make an effort.

We can all be guilty of this. There’s often an assumption that if things have been fine so far in the marriage, they’ll remain that way.

Sometimes though, other problems are at the heart of one feeling like you are being taken for granted.

Falling into the habit of not telling each other what’s going on in your lives, as well as how you feel about your relationship, can mean you have stopped tuning in to each other’s emotional state.

These patterns might have become entrenched, making any other issue in the marriage worse.

This might also include problematic ways of dealing with conflict — like being passive-aggressive or getting into regular arguments.

Or maybe there are other issues in the relationship. Perhaps there are conflicts that have never really been resolved and have been left to fester and cause resentment.

Maybe you’ve fallen so far out of sync that it feels like you have little in common any more, or you both want different things out of life.

Your partner may also be taking your love for granted because they feel you love them based on how you want to be loved — not how they wish to be loved. This makes a world of difference.

Other reasons could be:

You have trouble saying “no”: Do you feel like you would rather take on more tasks and responsibilities than say “no” to your partner, going out of your way to please them at your own expense?

By saying “no”, you feel kind of rude no matter how they treat you, because you’re a people-pleaser.

You avoid confrontations: As the sweet person you are, you have trouble confronting issues with your partner.

If you don’t tell them how their actions make you feel, you end up unhappy and they keep taking you for granted.

You’re in denial about how they treat you: Instead of admitting to yourself that you’re actually being taken for granted, you make excuses for your partner’s behaviour — thereby enabling it.

You constantly seek approval from your partner: Because you’re determined to get their approval for most of the things you do, you are easily emotionally controlled and manipulated.

It’s easy to lose yourself in this process as well.

You have low expectations: You have become so used to being disappointed in your relationship that you don’t expect much.

It’s natural for you to give too much of yourself even though you receive little or nothing in return.

You’ve lost yourself: Because you give of yourself so much — even at your own expense — you do things you don’t even like doing for your partner in the name of loving them.

You mostly want whatever they want, even if you don’t really want it.

You’d rather do as they say, and accept what they say, than ever go against them. They know that too, and that’s why they take you for granted.

However, taking your partner for granted is simply not nice.

Never take your partner for granted just because they love you intensely and are waiting on you to get your act together.

They love you so selflessly because that’s just who they are. They are big-hearted and aren’t scared to love.

However, if you keep frustrating them, know that even the deepest love does grow shallow when taken for granted for too long.

And every time you take them for granted, you teach them how to live without you.

No matter how much someone loves you, everyone has their limits.

Love doesn’t demand to be loved back, but it doesn’t exist to be taken for granted either.