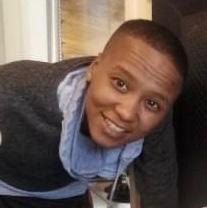 DEEPLY MISSED: Shenice Jonathan, 26, was stabbed several times and left for dead a year ago. She is survived by her daughter, Jordan
Image: SUPPLIED UNITED IN GRIEF: Shervargo Jonathan comforts his mother, Jamila, at a memorial service held for his sister, Shenice Jonathan, who was stabbed to death a year ago. Shervargo is holding Shenice’s three-year-old daughter, Jordan
Image: WERNER HILLS

Exactly a year ago to the day, Shenice Jonathan’s family received the gut-wrenching news that her body had been found in an open field in Thornton Street, Schauderville.

Jonathan, 26, who was affectionately known as “Fetu”, had been stabbed several times and left for dead, leaving behind her 19-month-old daughter, Jordan.

Her body was discovered by a passer-by, who described the scene as one of the most gruesome things he had ever seen.

The killing sparked a community outcry, protests and led to mounting pressure on police to arrest the perpetrators.

A year later, Jonathan’s family is still battling to come to terms with her death.

“The time might have passed, but we are still haunted by the manner in which she was taken from this earth,” her brother Shervargo, 38, said this week.

“That is the hard part, and what keeps one up at night.

“This has shattered my entire family.”

He said their mother, Jamila, was finding it particularly hard to cope with her daughter’s death.

Shervargo said there was nothing the family could do except take each day as it came while they tried to piece together their lives.

Jamila is looking after Jordan, who has since turned three.

Shervargo and the other siblings assist financially and regularly spend time with their niece.

Though no-one has been arrested for the murder, Shervargo said he was in constant contact with the investigating officer.

He said he was pleased with the way the police were handling the matter.

“We remain hopeful that my sister’s murderers will be brought to book.

“It may not be today, or the next day, but the long arm of the law will eventually catch up with them,” he said.