My fellow South Africans, it’s been a long year ... 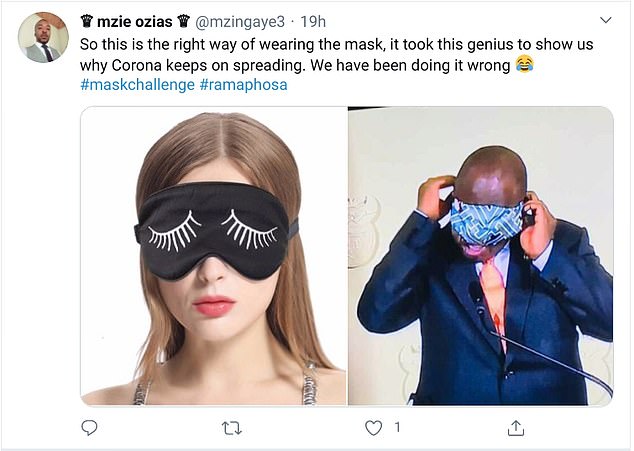 THE LIGHT SIDE President Cyril Ramaphosa poked fun at himself after he struggled to put on his mask during a 'family meeting'.
Image: Twitter

It was a time of sadness, heartbreak and loss, but it was also a time spent with family — and a whole lot of laughs, thanks to the “family meetings” and memes.

It all started with the words “my fellow South Africans”.

President Cyril Ramaphosa’s warnings sent residents on a shopping frenzy to stock up on booze, cigarettes and non-essentials.

The prospect of spending the next 21 days at home was almost exciting.

Call it naiveté, but many could not have anticipated the devastation that was to follow.

At the time of Ramaphosa’s address, there were 402 cases of Covid-19 across the country and he was fearful that this would quickly rise. He was right.

First it was a friend of a friend, and then it became “my friend” or “my mother” or “my brother”.

Everyone, everywhere, started losing loved ones to the dreaded disease because the Covid-19 virus did not view racial lines, poverty or status as an obstruction.

And not only did it kill, it robbed people of their incomes, their homes, and their ability to provide. Any kind of a “normal” was lost.

Restaurants closed, beauty salons were barred from operating and families were separated.

But through the Zoom meetings, the home teaching “fails” and the sadness, a South African’s most prized ability has always been to find the humour in a sticky situation.

One of those moments was when Ramaphosa struggled to put on his cloth mask during a public address in April.

But in true SA-style, Ramaphosa laughed at himself as well.

He told journalists at a press briefing the next day that he planned to start a TV channel to teach people how to put on a mask.

Of course, we had a laugh at another president too.

Former US president Donald Trump remarked: “If we stop testing now, we will have very few cases, if any.”

Trump went on to be tested — and tested positive — for Covid-19.

And so the lockdowns became longer.

Booze was running low and the price of nicotine on the black market soared.

Ramaphosa acted like a “dad”, reprimanding his children for misbehaving.

So what did South Africans do next? They dubbed the now almost monthly addresses as “family meetings”.

While the virus has taught us that we can all do with less — and that life is short and precious, the hope is now that we will all do our part to avoid hearing the words “my fellow South Africans” in the weeks to come.