One of accused sentenced to 25 years after pleading guilty 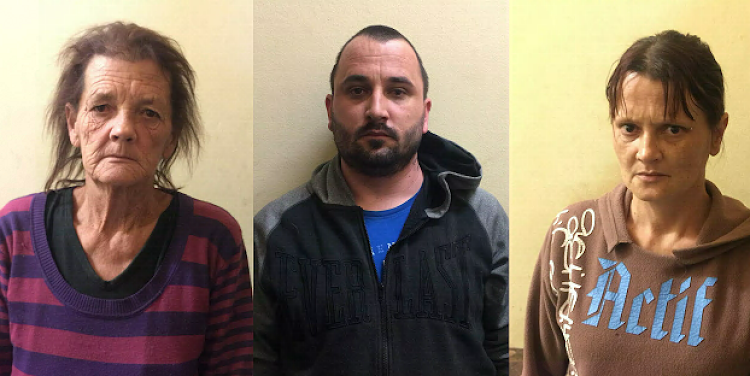 GORY BUSINESS: Christine Russouw, left, and her children, Wayne and Chantell, are charged with the murder of Port Elizabeth electrician Petrus Scholtz. Their co-accused Ronald Swartz pleaded guilty to charges of murder and robbery with aggravating circumstances in the Port Elizabeth high court on Friday
Image: File

After bludgeoning an elderly man over the head and placing his body in a chest freezer, his alleged killers went and bought McDonald’s with money they stole from his wallet.

These and other gory details emerged in the Port Elizabeth High Court on Friday when Ronald Swartz, 26, entered a plea agreement with the state for the July 2018 murder of Petrus Hendrick Scholtz, 70.

Swartz pleaded guilty to charges of murder and robbery with aggravating circumstances for his role in the murder of Scholtz.

His co-accused, Wayne Russouw, 33, his sister Chantell, 37, and mother Christine, 57, have not pleaded. Their trial is expected to begin on November 2.

On Friday, Swartz said that on the day before the murder, July 17, he had been picked up in Central by Wayne and taken to a house in Woltemade Street, Kabega Park, where a plan to kill Scholtz was hatched.

In his plea Swartz said Wayne had told him about Scholtz, an electrician lured to the house under false pretences to fix a geyser, and that he intended to kill him and rob him of his vehicle and tools.

“Chantell and Christine were privy to the discussions and the plan to kill [Scholtz],” Swartz said.

According to him, Wayne then called Scholtz, who arrived at the house to inspect the faulty geyser, which he fixed.

“Wayne, myself, Chantell and Christine discussed how [Scholtz] would be killed,” Swartz said. 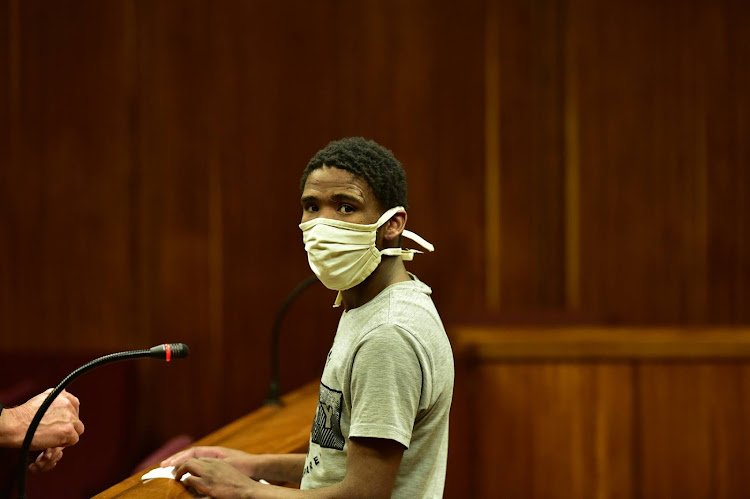 INVOLVED: Sordid details emerged in the Port Elizabeth high court on Friday when Ronald Swartz, 26, entered a plea agreement with the state for the July 2018 murder of Petrus Scholtz
Image: EUGENE COETZEE

On July 18, Scholtz had returned to collect his call-out fee after Wayne had called him to do so, Swartz said.

Scholtz went to the kitchen, where Swartz grabbed him from behind and pushed him to the floor before Wayne hit him over the head with a baton.

According to Swartz, Wayne then tied his hands and feet with a rope and wrapped clingwrap around his head before placing his body in a chest freezer.

Swartz said Christine had then mopped up the blood on the kitchen floor while Chantell watched.

After the brutal attack, Swartz said, Wayne and Chantell had gone to McDonald’s with Scholtz’s vehicle and bought food for them to eat with money Wayne had taken from Scholtz’s wallet.

“Wayne and Chantell returned with the food. We ate and then went to sleep,” Swartz said.

He said the following day Wayne and Chantell had left to sell Scholtz’s tools and returned later with sosaties, chicken, chops and boerewors, which they braaied and ate.

Later that evening Wayne allegedly told Swartz they needed to dump the body. .

Wayne and Swartz had then put the body on the back of Scholtz’s bakkie and driven to a bushy area in Fairview.

“Wayne unloaded the body by himself,” Swartz said.

The next day, Christine left the house with Scholtz’s bakkie and returned later without it.

According to Swartz, he was later removed from the house by the police, who dropped him off in Central, as a result of an alleged argument he had with Christine.

He claimed he had never received any payment for his part in the murder.

The Russouws were arrested on July 20, while Scholtz’s bakkie was retrieved from a chop shop in North End the next day.

Swartz was arrested on July 26.

According to Swartz, he had known Wayne for five years before the murder.

After pleading guilty and being convicted on the charges of murder and robbery with aggravating circumstances, acting judge Ivana Bands sentenced Swartz to 25 years for murder and 15 for robbery.

The sentences will run concurrently, effectively putting Swartz behind bars for 25 years.