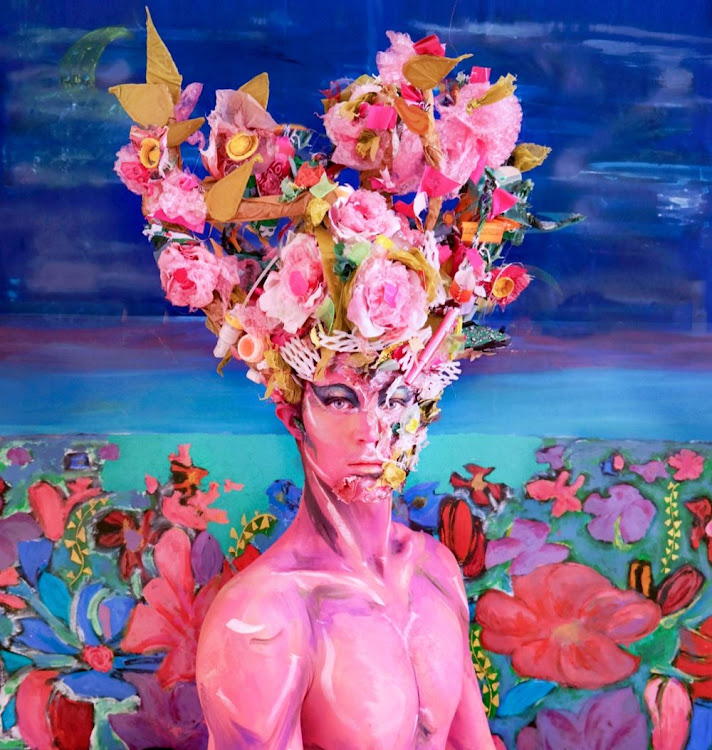 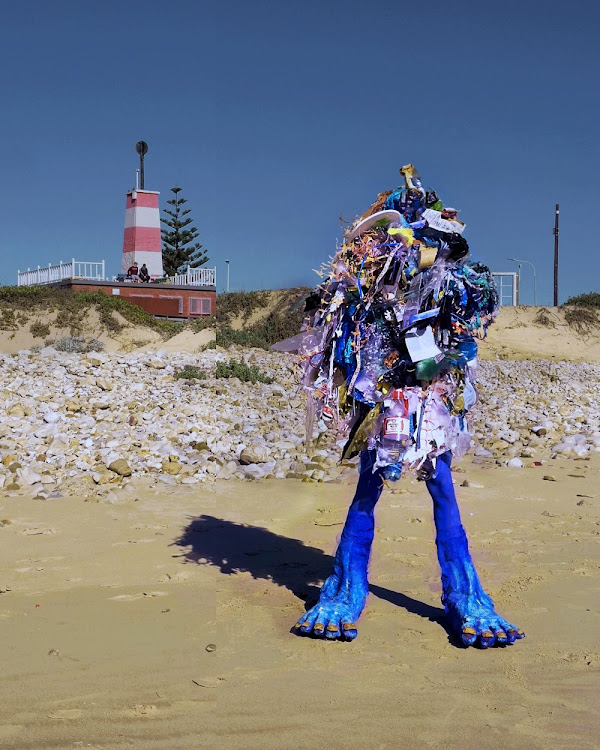 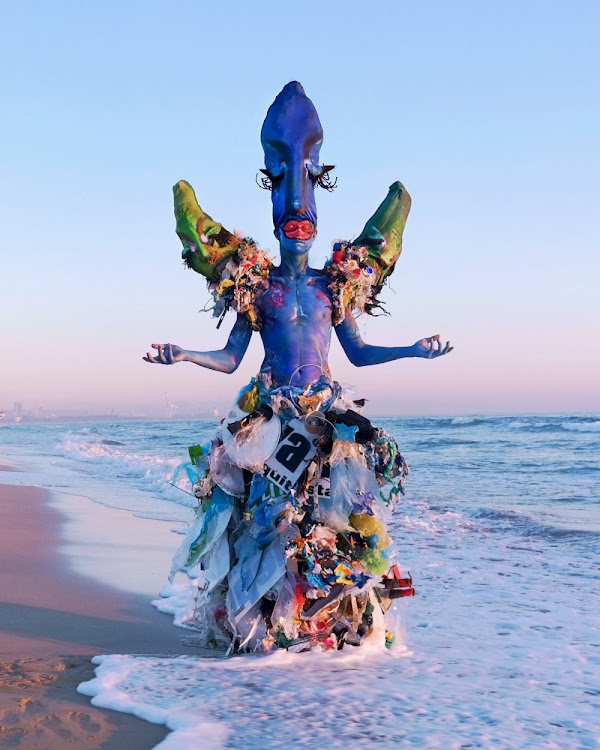 The Nelson Mandela University student is spreading the message through Greenpeace Africa’s Instagram page between July 24 and July 30.

This falls in line with the growing #plasticfreejuly anti-pollution annual movement.

Rudman will introduce his new series of artworks — a blend of body-painting and wearable sculptures — by uploading an image of each on Greenpeace Africa’s Instagram page each day.

The images are accompanied by captions detailing their significance to the plastic pollution crisis.

All the pieces are created from plastic pollution collected along the Nelson Mandela Bay coastline.

“My hope is to re-remind people of the environmental crisis we are still facing.

“With everything else happening this year is it so easy to forget about the natural world but it is so important that we stay informed, hold exploitive corporations accountable, sign petitions and encourage governments to put legislation in place to protect what is left of SA’s natural beauty,” Rudman said.

He kicked off the exhibition on Friday with an image of a real-life plastic “monster” covered in different forms of plastic, with only its legs and feet showing, to depict the carbon footprint of humans.

He said the aim was to highlight the implications of mindless plastic pollution over time.

“Plastic is something we use so mindlessly, often without really thinking about the implications or seeing the effect of the pollution right away but the devastating consequences of pollution are slowly creeping up on all of us.

“This ‘plastic monster’ has no eyes to see the giant footprints it leaves on the sand as it walks.

“This is very much like us, we often don’t see the effects instantly but we are leaving terrible plastic footprints behind us as we walk.

“Unless we educate ourselves and take a stand against this, our eyes may never be opened to allow us to tread more carefully on the world around us,” Rudman said.

The image posted on Friday was taken when he performed a piece along the Nelson Mandela Bay coastline where the plastic pollution was collected.

Rudman collaborated with Greenpeace Africa on an ocean pollution awareness project in October and November 2019.

Shortly thereafter, he presented his 12 pollution monsters at the Commonwealth Litter Programme (Clip) conference and won the Adult Inspire Through Creativity STOMP! Award in December.