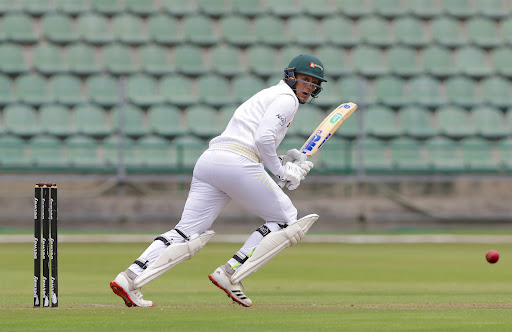 GBets Warriors all-rounder Wihan Lubbe says the squad is quietly confident that their hard work during the off-season will bring positive outcomes in the new domestic campaign.

The 28-year-old former Lions batsman, who spent his first full preseason camp with the Warriors side, said a lot of hard work had gone into their preparations.

Looking to add to his T20 domestic runs tally of 917, Lubbe will play a key role in the side’s batting line-up in their bid for silverware in the new era of domestic cricket.

“I think we are all quietly confident and excited about the season ahead because we know the kind of characters we have in the camp this year,” Lubbe said.

“I think we have a good balance [in the squad] at the moment.

“Dane [Paterson] is not even here yet, so once he gets here, it adds another dynamic to the bowling attack and he brings with him a lot of cricket experience.” .

The season kicks off with some high octane cricket in the form of the CSA T20 Knockout Challenge starting later in September.

“We tend to do a lot of technical training during the off-season, trying to fine-tune you to become the best player you can be.

“By starting with white ball cricket, it almost allows you to go into a new season with a bit more freedom after all the technical stuff that came before.

“You can watch the ball better and just play your game, before feeling your way back into four-day cricket again,”  Lubbe said.

Speaking about the technical stuff, Lubbe said it had been a great addition to their training as it basically helped to improve aspects of their game which could lead to enhanced performance on the field.

“I have not worked with these specific methods before, it is new to me, but as the world and life moves forward, technology has shown that there are benefits to using it.

“I think it’s brilliant and I believe that it definitely adds an extra dimension to our game, because of how important things like hand-eye co-ordination and agility are in our sport,” he said.

He said the addition of the promotion/relegation rule in the new domestic structure would prevent teams from becoming complacent and force them to play high-level cricket throughout the season.

“I think knowing what is at stake puts a bit of fire under you, if you look at the bigger picture at the moment, I think it is to ensure that in year two and three, you are at your peak performance as a squad.

“We [teams] are confident it will happen sooner rather than later, the coaches are confident too and it gives you the initiative to keep working,” Lubbe said.

Having made two appearances for the Proteas in their series against Pakistan earlier in 2021, Lubbe said that representing the Proteas was still something he aspired to.