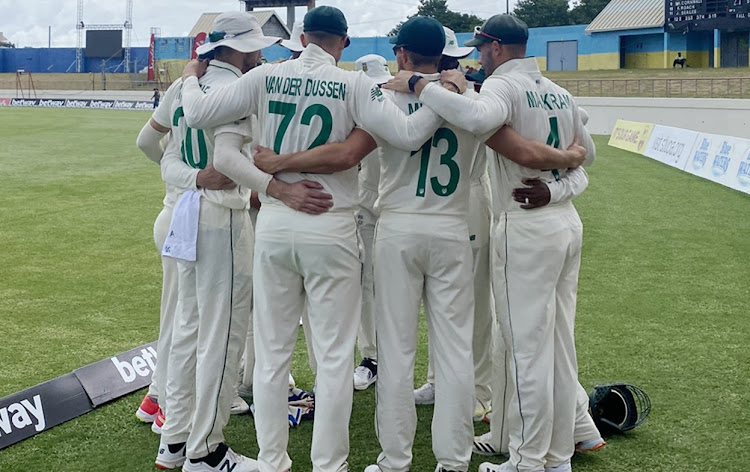 SA fast bowler Kagiso Rabada took five wickets as the tourists cruised to victory over West Indies by an innings and 63 runs before lunch on day three of the first Test in Saint Lucia on Saturday.

West Indies followed their paltry first innings score of 97 by being bowled out for 162 in reply to South Africa’s 322, as the tourists’ seamers took advantage of a helpful wicket that had both variable bounce and plenty of seam movement.

Roston Chase, batting in an unfamiliar number four position, top-scored for the home side with a well-played 62, before he was bowled by left-arm spinner Keshav Maharaj (2-23). No-one else managed more than 14 in the innings.

Rabada returned figures of 5-34 in West Indies’ second innings after fellow seamer Lungi Ngidi impressed with 5-19 in the first, providing food for thought for the hosts ahead of the second and final test that starts at the same venue on Friday.