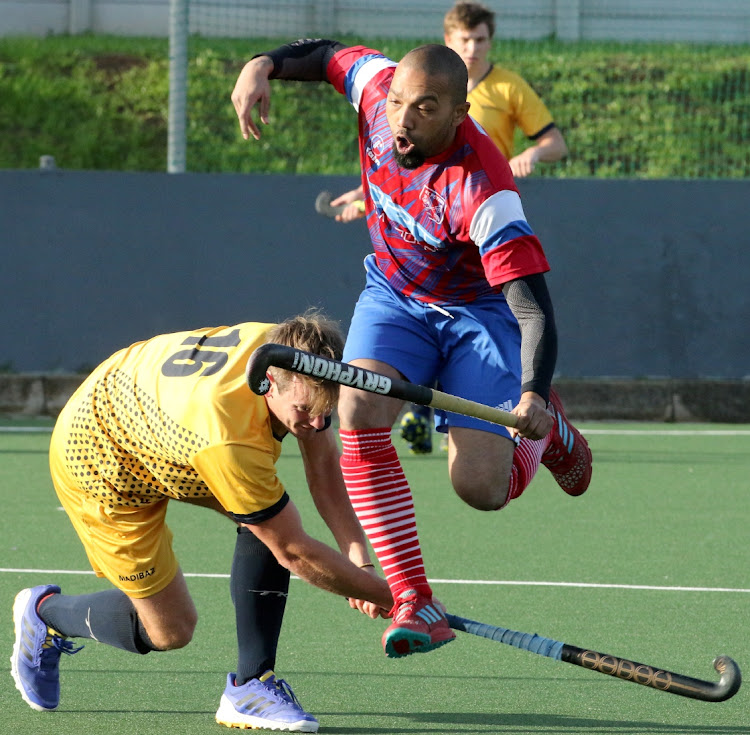 After a month’s break, the past weekend saw a busy schedule of club hockey with some entertaining and exciting matchups.

The second half of the season is a busy one, with the eventual champions set to be crowned for the various leagues in about September.

The match of the weekend was a classic encounter between men’s Premier League sides St Peters and NMU on Sunday at the KC March Astro in Gelvandale.

It was a heated affair as both sides came out fighting for the valuable league points on offer.

St Peters scored first at the end of the first chukka with a Darren Klimfley field goal which spurred the students on as they came out with pace in the second chukka.

NMU’s Linamandla Molo scored first with a beautifully injected field goal, followed by a well-taken Christopher Gleaves penalty corner to end the half 2-1 in favour of the students.

Fezile Mthombeni scored early in the third chukka with a field goal to extend NMU’s lead to 3-1.

St Peters came out fighting in the fourth chukka and gave it their all to try retrieve the game but were caught napping with a Linamandla Molo breakaway to put away a well-timed field goal and secure a 4-1 victory for the NMU men.