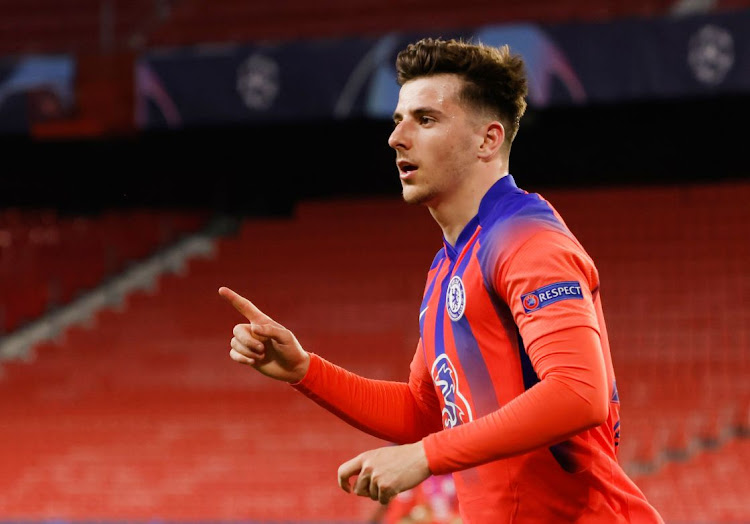 Mount and Ben Chilwell scored to put Chelsea in the driving seat ahead of the "home" leg of the quarter-final on April 13, which will also be played in Seville due to Covid-19 travel restrictions between Portugal and England.

Since Tuchel replaced Frank Lampard at Stamford Bridge in January, Mount has scored five goals in all competitions, more than any other Chelsea player.

"The finish was clinical from Mason," Tuchel told reporters. "He has the quality to do this and to do it in a quarter-final is a big step for him.

"He has the right attitude towards success. He is open and hungry to learn."

"Mason is a key player for us and I am happy he fits into this role at a young age," Tuchel added.

"I was pretty sure (that his team would react). I saw a response immediately in the dressing room and the next day. That wasn't a big concern. We were ready to respond. There'll always be setbacks in sports. The biggest challenge is to bounce back."

Chelsea dominated both legs of their last-16 tie against Atletico Madrid but were on the back foot for large chunks against Porto.

"There were many moments where we suffered. We accepted it. The circumstances are a bit different in a quarter-final. The spirit was good and it was an excellent result," added the German, who led Paris St Germain to last year's final.

"We're very happy to go away with this result but it's only halftime."

Porto have not made it beyond the Champions League quarter-finals since last winning the competition under Jose Mourinho in 2004 but they took the game to their opponents in their home leg of the tie, which was played in Seville due to coronavirus restrictions in Portugal.

Coach Sergio Conceicao underlined the huge wealth gap between the two sides which saw Chelsea bring on some star names from the bench.

He felt, however, that his side had played better than their richer opponents.

"We know Chelsea's strengths. They sent on Christian Pulisic, Olivier Giroud, N'Golo Kante and Thiago Silva – they have different weapons. But we were superior," he said.

"There are no moral victories however, what counts is the result. But we're in the middle of the tie so let's believe."