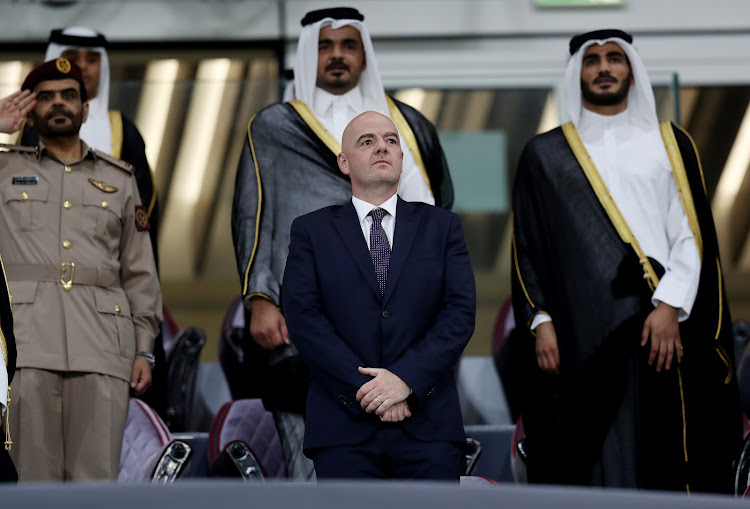 Fifa president Gianni Infantino in the stands before the match between Al Sadd and Al-Duhail during the Qatar Emir Cup Final at Al Wakrah Stadium on May 16, 2019.
Image: REUTERS/Ibraheem Al Omari

Globe-trotting Fifa president Gianni Infantino, set to be reelected unopposed on Wednesday, will have plenty of unfinished business in his second mandate, having seen his grandiose plans for football partly frustrated in his first term.

The Swiss lawyer has visited dozens of countries, from Sao Tome and Principe to Papua-New Guinea, swept away much of the administration of disgraced predecessor Sepp Blatter, mingled with heads of state and introduced revolutionary technology into the game since taking charge in February 2016.

Yet, some feel Infantino has gone too fast for his own good while his plans have alarmed traditionalists and upset powerful European clubs.

Infantino succeeded in his first major reform when, less than one year after his election, his plan to increase the World Cup from 32 to 48 teams from 2026 onwards was easily passed by the Fifa Council.

"It’s not the 20th century any more. It’s the 21st century," said Infantino, although many disliked the format -- featuring awkward groups of three teams in the first round -- and worried that it would dilute the achievement of qualifying in the first place.

Meanwhile, his proposal to create a 24-team Club World Cup and establish Fifa in the lucrative world of club football has run into opposition and a planned global version of Uefa's Nations League -- in effect a mini-World Cup every two years -- has been shunted into a siding.

Eager to increase Fifa's revenue streams, which depend almost exclusively on the four-yearly World Cup, Infantino said the proposed new tournaments were backed by an investment consortium willing to put in $25bn over a 12-year cycle.

The Club World Cup was approved in March and will start in 2021 although the European Club Association (ECA), which includes all of Europe's top clubs, said its members would not take part because there was no room in the international calendar.

Uefa was also concerned about a lack of information on the investors, something Infantino said he could not reveal because of a non-disclosure agreement.

Meanwhile, the Nations League was put on hold because a suitable format had not been found.

Another Infantino idea, to bring forward the 48-team World Cup to 2022 in Qatar, had to be ditched after it was found to be unworkable following what Fifa described as an "extensive consultation process".

There were numerous obstacles and some of the natural partners for joint-hosting in the Gulf were ruled out due to a deep political and economic rift in the region.

Many felt that Infantino had created an unnecessary obstacle for himself -- just as he did when Fifa decided, in 2017, not to renew the mandates of ethics committee chief investigator Cornel Borbely and judge Hans-Joachim Eckert.

Between them, the two had investigated and banned dozens of administrators for ethics violations, including former Fifa president Blatter and former Uefa president Michel Platini. Both denied wrongdoing.

They also investigated Infantino himself over some flights he had taken -- reported by German media to be in private jets -- before clearing him of any wrongdoing.

It was generally considered a success, especially in objective decisions such as offside, although there are still concerns that it is over-used and that in some cases, such as handball decisions, it has created more problems than it has solved.

Infantino says he has improved the federation's finances which, boosted by last year's World Cup, boasted a record revenue of $6.42bn in 2018 and record reserves of $2.74bn.

He also embarked on an ambitious reform of the transfer system, although this is still work in progress.

The Fifa Council has approved the creation of a clearing house to process international transfers, saying this would centralise and simplify the process.

It is also planned to limit loans and improve the so-called training compensation scheme, intended to reward clubs around the world who develop players, but there is a long road ahead of discussions with clubs, leagues and players unions, before these can be implemented.