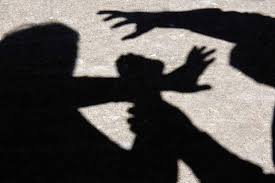 A former deputy minister has been accused of assaulting his domestic worker during an argument in Johannesburg.

A case of common assault and crimen injuria was opened at Douglasdale police station on Sunday evening.

Christine Wiro‚ who worked for just three weeks at the former deputy minister's home‚ told TimesLIVE it was already becoming a nightmare.

Wiro said every time she made a mistake at her new job at the estate in Fourways‚ he would threaten her with deportation.

The relationship between Wiro and her boss hit rock bottom on Sunday morning.

While she was cleaning‚ he told her she would have to cook breakfast for himself and a visitor who was due to arrive.

Wiro claims that a woman arrived in a cab and rang the bell‚ but when she went to open the gate‚ her boss lost his temper.

"He told me that I must always check with him‚ give him the name of the person at the gate and he will tell me whether to open or not. I apologised but then he said people could come and rob the house and rape me‚" Wiro said.

He allegedly told her it was his house and that she must obey his rules.

"He threatened to deport me. He said 'I'm a politician‚ I have connections. I will deport you to go back to (Zimbabwe President Emmerson) Mnangagwa'.

When he said this I simply smiled. He got angry‚ saying I'm laughing‚" said Wiro.

In response‚ Wiro quit and claims her boss became aggressive.

"I was leaving and he was coming down from the stairs. He pushed me from the back but I was able to grab the rails and did not hit the floor. I went to the kitchen to fetch my phone and he followed me shouting phuma endlini yam (get out of my house)‚ " said Wiro.

She then took her phone and went to the bedroom to pack her clothes.

This all unfolded in front of the visitor‚ she claims.

Wiro opened a case of common assault and crimen injuria at Douglasdale police station in Johannesburg.

While TimesLIVE sent the case number to the police for comment‚ they did not return or answer any calls afterwards.