Something must be done to end alcohol abuse 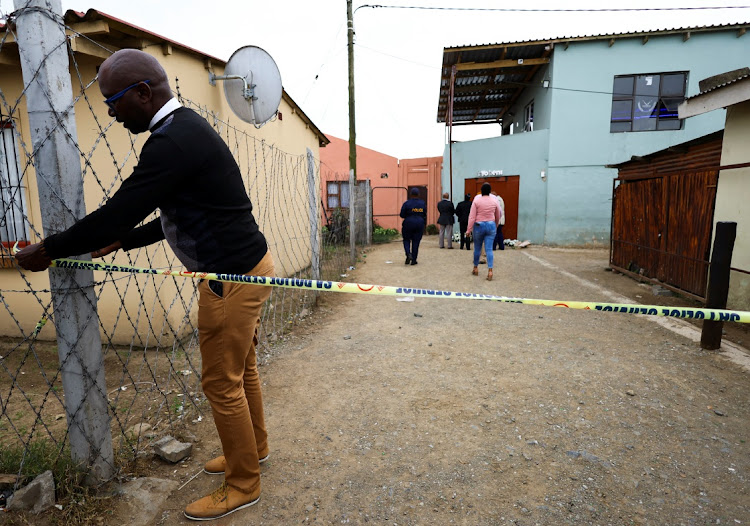 A police officer cordons off Enyobeni, an east coast tavern where bodies of youth were found which prompted nationwide grief, ahead of a mass funeral in the Eastern Cape province, in East London.
Image: SIPHIWE SIBEKO

South Africans are no strangers to mayhem and death, but the tragedy that claimed the lives of 21 young people at the Enyobeni tavern in East London last month horrified our nation, along with the rest of the world.

Wednesday’s symbolic mass funeral for 19 of the 21 young victims — two were buried earlier — spoke to the nation’s need to mourn collectively, though closure was frustratingly incomplete with the cause of the deaths not revealed.

We hope that the politicians’ promises made in a glare of publicity on Wednesday will not quietly fade away.

During his address, President Cyril Ramaphosa lashed out at those who profit from illegally selling liquor to youngsters and called on authorities and local communities not only to address this issue but also provide youth with recreational facilities.

The authorities seem incapable of enforcing existing laws, with illegal taverns operating openly and many clubs and bars providing alcohol to children, so there seems no reason to think hiking the legal drinking age would make a difference.

But something needs to shift.

The government has been silent about the Liquor Amendment Bill, which has been gathering dust since 2016.

That bill proposes several changes, including the drinking age.

Critically, it proposes banning liquor sales near educational and religious institutions and holding those who sell alcohol liable if they allow excessive consumption.

During the pandemic there was much noise about the adverse impact of alcohol abuse, which is often the cause of traffic accidents and violent crime.

This fell off the agenda as Covid-19 waned.

However, the fact remains that there is an unhealthy culture of alcohol abuse in SA.

This affects impressionable young people, the more so if they lack recreational facilities.

It is time for SA to do the necessary and not only put a stop to illegal drinking but also address the wider issue of alcohol abuse before further tragedies occur.