‘Regrettable’ debacle over Eskom at Scopa 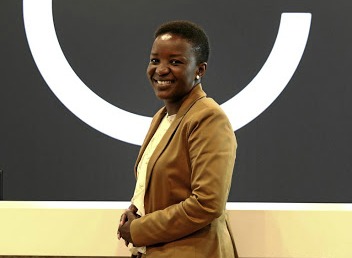 The row over the treatment of Eskom board member Busisiwe Mavuso by parliament’s standing committee on public accounts (Scopa) chair Mkhuleko Hlengwa is informative.

Mavuso appeared before Scopa last week  after the committee’s visit to Eskom sites amid concerns over recent loadshedding.

In the Scopa meeting she reacted sharply to suggestions that Eskom CEO André de Ruyter and the board were to blame for the state utility’s problems, particularly delays at the Medupi and Kusile power stations, pointing out that the ANC-led government, not the board, had created the “mess”.

This viewpoint is hardly unique. Most of the country would agree.

However, Hlengwa was dissatisfied with a “political” answer and extraordinarily told Mavuso to stop engaging in “theatrics” and either “behave” or leave the meeting. She left.

The exchange occasioned sharp criticism of Hlengwa’s conduct and on the instruction of his party, the IFP, he is to apologise to Mavuso, and rightly so.

As a public watchdog, Scopa is within its rights to expect the Eskom board to account for why electricity supply remains constrained. However, Mavuso, a non-executive director of Eskom, has every right to answer as she sees fit.

Moreover, there was a distasteful element of bullying and sexism in Hlengwa’s conduct. We very much doubt  Hlengwa would have used the same words and “naughty schoolgirl” approach if Mavuso had been male.

Equally unacceptable, though predictable, was the reaction from the ministry of public enterprises, which issued a statement slamming Mavuso’s comments as “regrettable” and her conduct as “unbecoming”.

Does the ministry really think “party political issues” do not lie at the core of the Eskom debacle? Of course not, but they do not want such issues aired in public.

What is “regrettable” is the assumption that state-owned enterprises board members should be subservient and, for that matter, that the minister of public enterprises, Pravin Gordhan, seems to have become invisible in the midst of the electricity crisis.