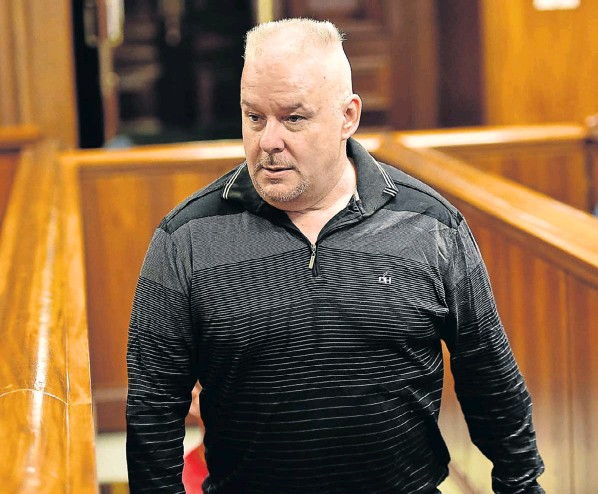 BEHIND BARS: Morne Blignault was jailed by the high court in Gqeberha
Image: EUGENE COETZEE

The prison authorities’ recent decision to move perlemoen kingpin Morne Blignault to SA’s only super-maximum jail took his family by surprise. And they are not happy.

Blignault is now facing nearly 20 years in solitary confinement, with no visiting allowed.

But while the family bewail that he was moved without warning and they can longer visit him, that he is suspected of still conducting his multimillion-rand criminal enterprise from prison surely justifies the decision.

In a voice note believed to have been sent by him, he allegedly discusses the illegal dealings.

Poaching is one of the biggest threats to perlemoen, which are at critically low numbers because of it.

While Blignault’s eldest daughter does not deny his involvement in the illegal perlemoen industry, she says he has been treated unfairly.

She describes him as a “good man” and “giant person with a huge heart”, her protector and the glue that held the family together.

She also blithely tells how the family went from being “poor” to living the good life when her father became active in the illegal perlemoen industry.

“Then he and my mother went to prison and we lost everything.

“Yes, he did do perlemoen, but he also did good with that money,” the daughter says, adding that he had provided the unemployed with jobs.

If those were mitigating factors in criminal offences, druglords and gangsters could argue the same.

Most criminal enterprises benefit the friends and families of the perpetrators, and it does not make them good people or their offences any less reprehensible.

If Blignault is still running his criminal enterprise from prison, he has no intention of turning over a new leaf and a normal prison is no bar to him continuing.

If, as the daughter says, the family think all his rights are being taken away unfairly, they should consider going the legal route to challenge his move to another prison and let the courts decide if he is displaying remorse or deserves what they believe to be harsh and unfair treatment.