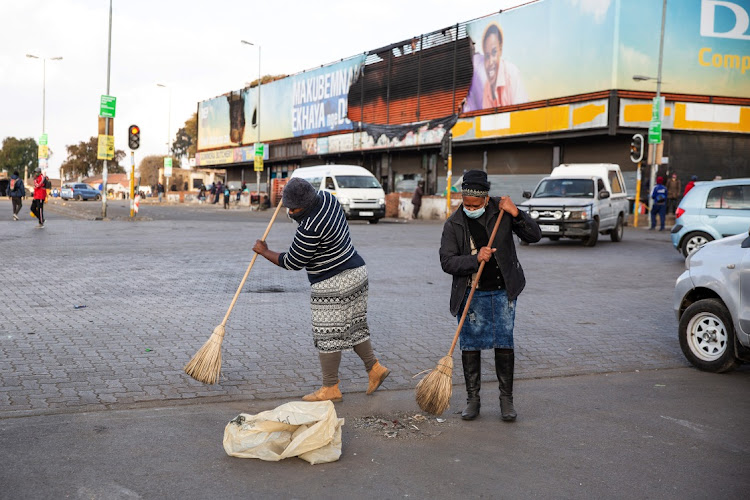 Now that the smoke has cleared and the dust has settled, what needs to be done so that we do not end up in another horrific spiral of violence and anarchy that last week almost derailed our young democracy?

Here are some “must do” things to prevent a recurrence.

President  Cyril Ramaphosa  as the head of government needs to clean up the political mess in his leadership team.

Where was governmental leadership in this crisis?

According to the president, “we were poorly prepared... we did not have the capabilities and plans in place.”

You were not caught off guard; in every part of the security apparatus your leadership was asleep at the wheel.

As more than one commentator has observed, this crisis has been brewing for years and allowed to fester.

Take your pick. The minister of police and the commissioner of police.

The long-compromised intelligence services about which books have been written.

The R4bn slashed in visible policing.

Then, as if on cue, the president announces an insurrection, only for his defence minister to say there was no insurrection.

In another era, former president Thabo Mbeki dismissed his deputy  minister of health for what he called “your inability to work as part of a collective”.

Mbeki was absolutely correct in exercising decisive leadership with respect to a senior member of his cabinet.

Ramaphosa needs to do the same: excise from his cabinet these incompetent and divisive leaders from police to defence.

Unlike most commentators, I do not believe that a simple cabinet reshuffle resolves anything apart from the titillation it provides the commentariat.

The president has a rather small basket of deplorables (to borrow from Hillary Clinton) to choose from, unless he replaces them with capable people committed to a common vision of leadership for the country.

Next step, accelerate the prosecution of powerful people for the looting that has been going on for almost three decades.

Justice must be seen to be done, not on an exceptional basis but across the board.

There is no point in using limited state resources to pursue the poor who stole food or a fridge from a local mall — and now the police show up at their doors looking for receipts!

Have you ever seen a shack dweller at the Zondo commission? No, put away the hundreds of civil servants, business operators, politicians and everyday crooks (often the same people) who daily loot everything from PPE equipment to grant monies for the poor.

I hope it is now clear that life orientation as a school subject is a complete waste of time.

More than 30 schools were burnt down during the protests in KwaZulu-Natal and Gauteng alone — no doubt by people who did a smattering of LO in their basic education.

We surely need to teach basic values differently across the three foundational institutions for this purpose — the home, the school and religious organisations.

Fortunately, we have on display one of the most powerful ways in which to teach values and that was demonstrated by the Muslim community across the country these past few weeks.

Truckloads of bread and produce started to arrive at the front doors of ordinary people cut off from shops and essential foods, especially in the heavily affected areas.

That action by Muslim brothers and sisters, more than anything else, restores my faith in community.

No preaching. No shrieking on social media.

No scheduled school lessons. No “thoughts and prayers”.

Just a simple, devout action inspired by their faith and in the process the Muslim community teaches us how to be human in the aftermath of a crisis and how the act of giving makes us whole.

Today I received a request for cash donations from Christian leaders in Bloemfontein to deliver tonnes of food to Durban families.

Good, we are learning from others. Better late than never.

But in these practical actions of the devout, the Muslim community offers us something else as well — a powerful counter-narrative to racial, ethnic and class strife that headlined in many newspapers.

Predictably, the clever people are cynical about this and say we must deal with the underlying “structural” (whatever that means) problems of inequality and so on.

Agreed, but we also need to give citizens practical help in times of trouble — and much-needed hope when everything around them seems to fall apart.

This is perhaps the most important thing Ramaphosa can do right now.

Talk to us and with us as we take strain under the overlapping pandemics of violence, poverty and disease.

The time for one-way family meeting announcements is over.

That kind of humane action would console us more, Mr President, than walking down a once restless street with a phalanx of armed security personnel after the troubles.