EFF wants police commissioner Fannie Masemola to go, and here’s who Malema wants to replace him 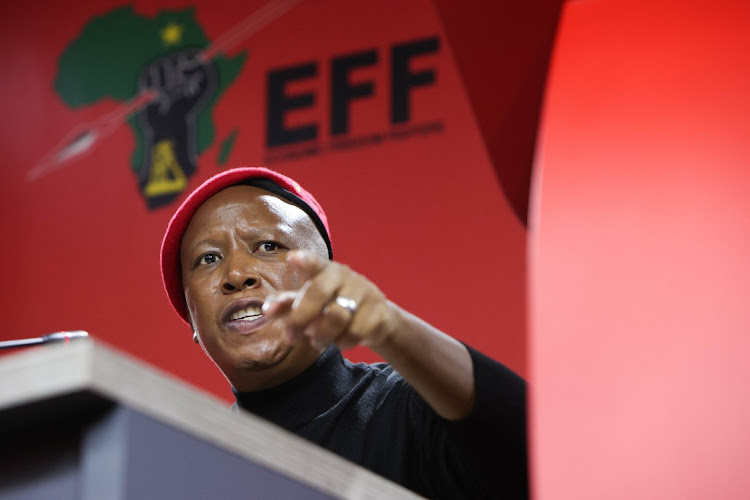 The EFF has called on embattled national police commissioner Fannie Masemola to resign for his alleged role in the aftermath of a burglary at President Cyril Ramaphosa’s Phala Phala farm.

Masemola was appointed earlier this year, and made headlines last week when he ordered the removal of presidential protection unit head Maj-Gen Wally Rhoode from his position.

The order and sudden streamlining of reporting lines comes weeks after former correctional services commissioner Arthur Fraser laid criminal charges against Ramaphosa over the burglary and an alleged cover-up.

Ramaphosa said there was no basis for the claims and said he had “reported the incident to the head of the presidential protection unit of the police service for investigation”.

City Press reported at the weekend that Masemola allegedly authorised the use of police resources to find the burglary suspects.

Responding to the report, the EFF said Masemola should be given the boot and arrested.

“We call for the immediate resignation and arrest of Fannie Masemola as he has no moral integrity to remain as a commissioner of police. Masemola is preoccupied with servicing the tender interests of the ruling party as well as using state resources to aid the criminal activity of politicians,” it said.

The party said Masemola must reveal the names of politicians and ministers with whom he “conspired”.

“The EFF will not tire in calling for accountability for the crimes Ramaphosa has committed and warns South Africans the worst it yet to come. All law-abiding South Africans must unite behind the call for Ramaphosa to step down.”

Who should replace Masemola?

According to Malema, Mkhwanazi has what it takes to be a national commissioner and is what the country needs in the fight against crime.

“Nhlanhla Mkhwanazi must be the police commissioner or anyone similar to that guy. I told [police minister] Bheki Cele the same thing when we were in Senekal.

“I said to Bheki, ‘This is the guy who must be a police commissioner and not those you are always giving us who are driven by corruption and do not protect the streets and integrity of the uniform’,” said Malema.

He said the police service uniform looked better on Mkhwanazi compared to other officers.

“When you look at Nhlanhla Mkhwanazi in uniform, you see a man who is disciplined, a man who is determined to deal with crime,” said Malema.