PODCAST | Ramaphosa in the hot seat, Ace’s head on the chopping block and do politicians need to be educated? 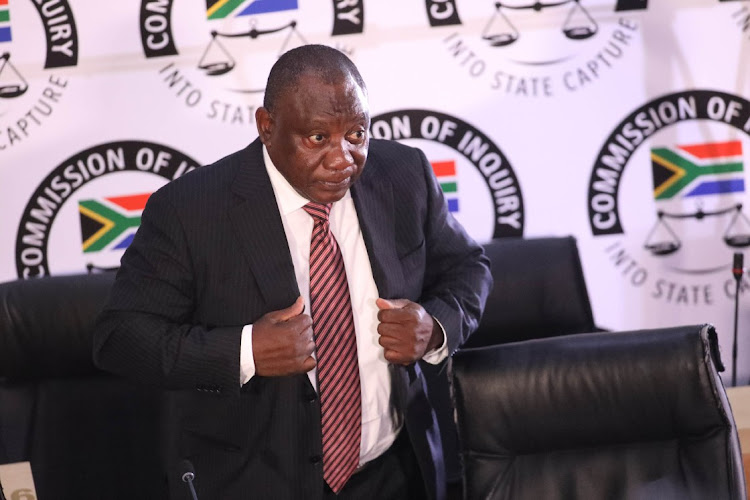 President Cyril Ramaphosa appeared at the state capture commission this week to testify in his capacity as the president of the ANC.
Image: VELI NHLAPO

SA has had a dramatic political week.

In this episode of Sunday Times Politics Weekly, the Sunday Times politics team guides you through the ins and outs of SA’s biggest political news stories of the week.

(01:14) The conversation begins with the Sunday Times politics team dissecting President Cyril Ramaphosa’s responses before the state capture commission. The team considers if Ramaphosa did enough to prevent state corruption during his time as deputy president and what his action tell us about him as a leader.

(19:09) The team also discusses the controversial “step-aside” issue brewing within the ANC. They consider what might become of ANC secretary general Ace Magashule now that his grace period has lapsed. Will he step aside peacefully or attempt to test the issue further?

(22:34) Finally, spurred on by recent allegations of misrepresentation within the DA, the team asks how important it is for political leaders to receive a higher education or form of training.

President Cyril Ramaphosa appeared before the state capture commission for the second day on April 29 2021 as the head of the African National Congress. Ramaphosa conceded that the ANC dragged its feet in acting against serious allegations of state capture.