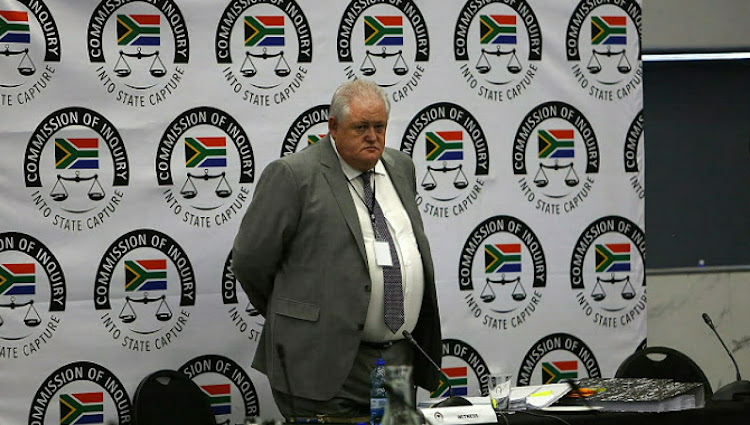 Former prisons boss Linda Mti, who was briefly the head of security for Nelson Mandela Bay, allegedly received up to R65‚000 a month over a period of several years from Bosasa after he resigned from the department of correctional services.

Former Bosasa executive Angelo Agrizzi told the state capture inquiry on Tuesday he was personally aware of between 25 and 30 payments that were allegedly made to Mti between 2006 and 2016‚ when he resigned from Bosasa.

Agrizzi said Bosasa also paid Mti’s travel costs‚ arranged holidays for him and his family‚ arranged flights and paid for his children’s education.

He spent most of his testimony on Tuesday detailing how Bosasa bribed senior correctional services officials to secure lucrative contracts and undermine anybody who stood in its way.

Bosasa underhandedly landed a massive R486m contract for fencing at about 66 prisons in 2005, while Mti was commissioner at the department of correctional services.

Agrizzi said he had met with Mti in 2007 after he resigned from the position, after which he was allegedly paid up to R65,000 a month for securing the fencing contract.

Agrizzi also told the inquiry that Bosasa had gone as far as burning and burying crucial documents which implicated the company in widescale corruption, including footing the travel and accommodation bills for senior government officials. 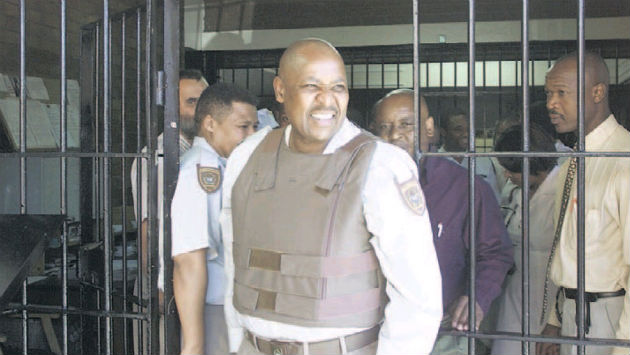 He admitted that when media reports emerged in 2008 which placed Bosasa at the centre of scandals within the department of correctional services, members of the company, including himself, destroyed evidence implicating the company in corruption.

He said the company approached Blake’s Travel – an agency which he said Bosasa paid between R1.7m and R2.2m a month for travel and accommodation for politicians and government officials – when allegations of corruption began surfacing in the media. He, along with other Bosasa staff members, removed computers and documentation from the travel company, used a tractorloader-backhoe to dig a hole and set the evidence alight before burying it.

Agrizzi further alleged that Bosasa CEO Gavin Watson had also instructed another staff member to recreate travel invoices from Blake’s Travel, replacing the names of government officials with those of Bosasa staff.

It was around the same time that the Special Investigating Unit was tasked to investigate the allegations surrounding Bosasa.

The report emanating from the investigation found that Bosasa had bribed senior correctional services officials.

It was handed to the National Prosecuting Authority in 2009 but no criminal prosecution followed.

Agrizzi said he was also instructed to mimic a server crash within the company to disguise that they had destroyed internal documents.

“There was a disaster log created on the server.

“But I requested that it [information from the server] be preserved on two or three hard drives that I’ve made available to the commission and to the Hawks,” he said.

Another big name that emerged in Agrizzi’s testimony on Tuesday is KwaZulu-Natal prisons boss, Mnikelwa Nxele.

Nxele is alleged to be part of a team of government officials Bosasa plotted with to place undue pressure on former correctional services national commissioner Vernie Petersen in 2007.