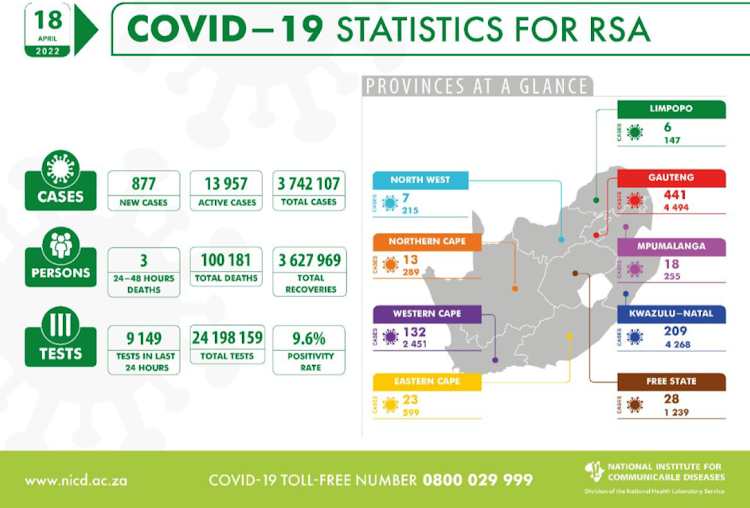 The National Institute for Communicable Diseases (NICD) said on Monday there had been 877 new Covid-19 cases identified in SA with most of them in Gauteng followed by KwaZulu-Natal.

There was an increase of four hospital admissions in the past 24 hours.