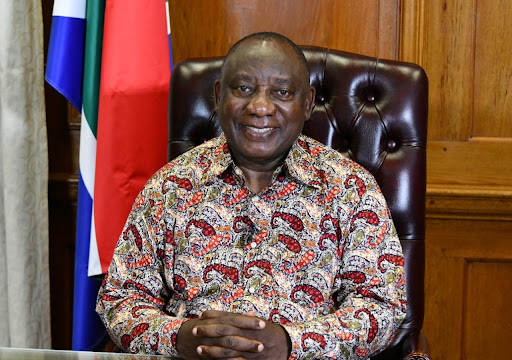 There has been mixed reactions to president Cyril Ramaphosa's national address on Thursday night in which he announced that SA will move to alert level 1 lockdown.

Ramaphosa said a drop in daily infections, hospitalisations and deaths prompted the cabinet decision to ease the regulations. He said at the peak of the third wave, SA registered 20,000 daily cases but these have since reduced to 1,800.

The president believes the vaccination drive will also help SA intensify its fight against the pandemic.

“We have set ourselves the target of vaccinating 70% of the adult population in SA by the end of the year. If we reach this target, the department of health estimates that we could save up to 20,000 lives,” he said.

Ramaphosa also announced the launch of Vooma Vaccination Weekends, which aims to give the vaccination rollout a much-needed boost.

“We know that getting to a vaccination site during weekdays can be difficult for many people, especially those who work, who have to commute long distances or have family responsibilities.

“Those who might not be able to get the vaccine during the week should take up this opportunity. Tomorrow, 1 October and on Saturday 2nd of October, we will be opening vaccination sites around the country to reach more than half a million people,” he said.

“Where the venue is too small to accommodate these numbers with appropriate social distancing, then no more than 50% of the capacity of the venue may be used. This includes religious services, political events and social gatherings, as well as restaurants, bars, taverns and similar places.”

Some on social media welcomed the easing of restrictions, while others said it was “convenient” for political parties to campaign ahead of the local government elections on November 1.

A few warned that it might be “false hope” before a hard lockdown in December.

Level 1 means this 👇 they wanna campaign and gather freely!! 😂 But after elections they will introduce mandatory vaccines and vaccine passport Mark my words!! 🤞#Familymeeting pic.twitter.com/b2fZUoVKd7

Level 1 till November 31. . . December it's back to Level 5. Watch the space pic.twitter.com/zzfGEVGOln

I hear you guys say we are going to level 1 ..kante which level were yall at all this time #FamilyMeeting pic.twitter.com/7IqVGjUasn

Level 1 has absolutely nothing to do w COVID, they just want to campaign and do their thing in peace 😅

Varsity students after realizing that level 1 means semester tests and exams will no longer be online. #FamilyMeeting pic.twitter.com/ysQ3BlQVVo