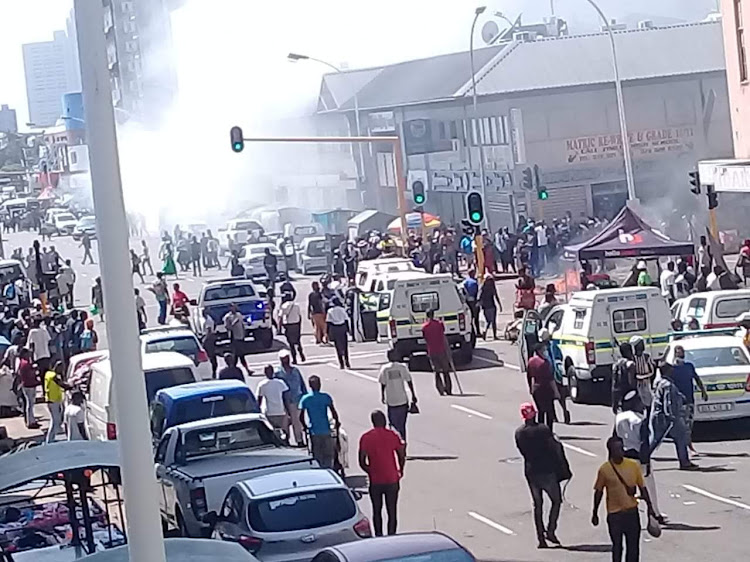 Police have responded to a protest in central Durban on Monday after fires were reported on a road and a shop was set alight.
Image: Supplied

The police and metro police have responded to a fiery protest which broke out in central Durban on Monday.

Metro police spokesperson Supt Zama Dlamini said there were several clashes on Monday between alleged members of the Umkhonto we Sizwe Military Veterans Association (MKMVA) and foreigners who own stores.

"It has been alleged young MKMVA members attacked and assaulted foreign vendors and allegedly petrol-bombed some of their shops. The foreign nationals retaliated and there were serious injuries to both MKMVA members and foreign shop owners.

"Metro police, police and the fire department attended to the incident. The situation is calm now and the road is clear. They have moved to another location and are being monitored."

Dlamini wasn’t able to confirm the number of casualties in the incident.

She said there had been an attempt to resolve matters between the MKMVA members and foreign nationals on Friday.

According to a video posted online, motorists were asked to stay away from the central business district around Bertha Mkhize (formerly Victoria) Street because of violence.

Please stay away situation is violent multiple divisions on scene.