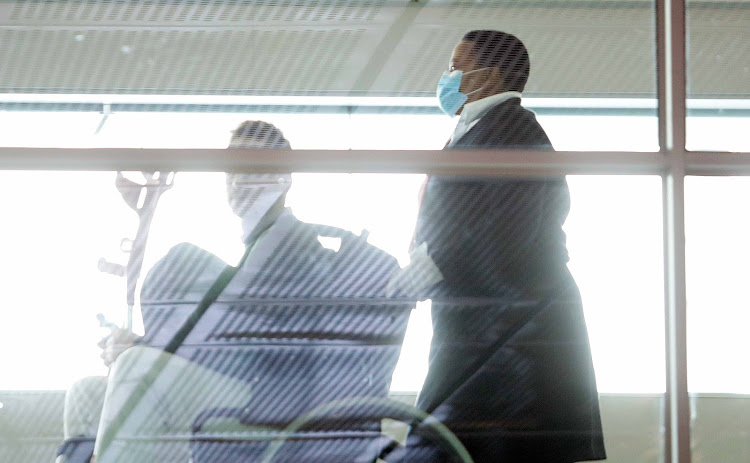 US, China trade barbs over coronavirus

A spat between the US and China over the novel coronavirus escalated on Tuesday as President Donald Trump angered Beijing by referring to the pathogen as the “Chinese Virus.”

The two countries have sparred over the origin of the virus for days, with a Chinese official promoting conspiracy theories claiming it was brought to China by the US army and American officials using terms seen as stigmatising a nation.

“The United States will be powerfully supporting those industries, like Airlines and others, that are particularly affected by the Chinese Virus,” Trump tweeted on Monday night.

Trump’s allies had previously referred to the pandemic as the “Chinese coronavirus”.

Beijing said on Tuesday it was “strongly indignant” over the phrase, which it called “a kind of stigmatisation”. The United States should “immediately stop its unjustified accusations against China,” foreign ministry spokesman Geng Shuang told reporters.

The novel coronavirus virus was first detected late last year, with China’s own health officials initially saying its source was a live animal market in the central city of Wuhan, whose government had initially tried to cover up the outbreak. But China has sought to distance itself from the virus, saying the origin is still unknown, while seeking global goodwill by offering aid to countries facing serious outbreaks.

The State Department on Friday summoned the Chinese ambassador, Cui Tiankai, to denounce Beijing’s promotion of a conspiracy theory that had gained wide attention on social media. Foreign ministry spokesman Zhao Lijian suggested on Twitter last week that “patient zero” in the global pandemic may have come from the United States.

“It might be US army who brought the epidemic to Wuhan. Be transparent! Make public your data! US owe us an explanation,” tweeted Zhao, who is known for his provocative statements on social media.

All Gautrain buses in Rosebank, Johannesburg, were cancelled on Tuesday morning after drivers raised concerns about Covid-19.

“Some of our drivers have expressed concern about the coronavirus.

“Management is engaging with them and, as a result, there is no bus service in Rosebank,” Gautrain spokesperson Kesagee Nayager said.

As South Africans come to grips with measures implemented by President Cyril Ramaphosa to prevent the spread of coronavirus, many have taken to panic-buying, filling their trolleys with goods and leaving other citizens with zero options.

Images of empty shelves and long lines have been spread on social media.

The Rand Easter Show has been postponed due the surge in Covid-19 infections.

The event was expected to run from April 8 to 13.

The organisers said it the event would be rescheduled later, in “consensus with government”.

WATCH | Inside the Wuhan repatriation: 'I'm concerned about going home. I don't know how people will react'

Amy Pittaway was on board the airbus A340-600 carrying South Africans coming from Wuhan, China on March 14 2020. The mission saw at least 114 South Africans repatriated from the former coronavirus epicentre back home. Pittaway takes us along her journey from Wuhan back to South Africa.

Your cash doesn't have coronavirus, don’t give it to criminals: Reserve Bank

As fear over the coronavirus grips Mzansi, criminals have taken the opportunity to scam unsuspecting people.

On Monday, the South African Reserve Bank (SARB) warned the public about criminals going to homes claiming to be representatives of the bank and telling them to hand over cash as it was “contaminated” with the virus.

The travel ban imposed by government as part of “extraordinary measures” to reduce the impact of coronavirus will have dire results for SA’s inbound tourism private sector and its international partners.

The Southern Africa Tourism Services Association (Satsa) made this comment after the decision announced by President Cyril Ramaphosa on Sunday.

Weddings are becoming casualties of the strict social distancing measures put in place to curb the spread of the coronavirus in South Africa.

Among the measures announced to reduce the spread of the disease is the prohibiting of gatherings of more than 100 people. Weddings, as well as other public events, are being halted as a result.