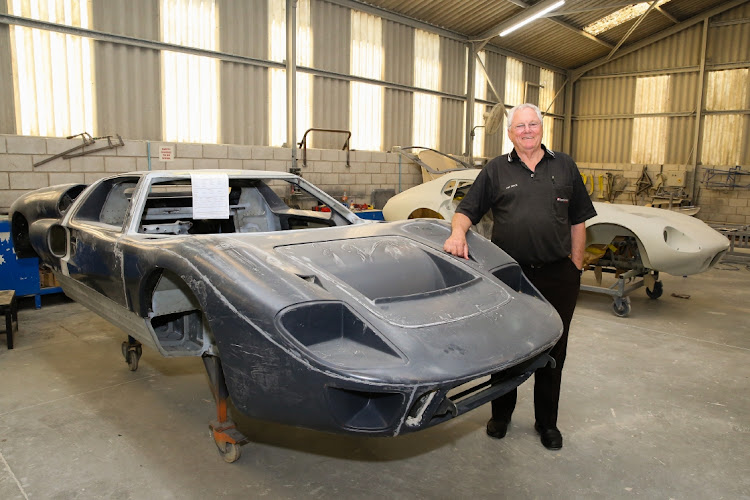 EYE FOR DETAIL: Hi-Tech Automotive founder Jim Price at the company's factory in Greenbushes in Port Elizabeth with a Shelby GT40 like the ones built by Hi-Tech and used in the film 'Ford v Ferrari'. In the background is a Daytona Coupe, another classic Ford 'continuation' car built by the firm for the movie.
Image: WERNER HILLS

Ford v Ferrari, the acclaimed Hollywood movie about the 1966 Le Mans endurance race car event, has a hot-wire connection to The Friendly City.

All the classic Ford muscle cars that star in the film — including the iconic Ford GT40, Cobra and Daytona Coupe — were manufactured in Port Elizabeth.

The vehicles were built by Hi-Tech Automotive at its Greenbushes factory, founder of the company, Jim Price, confirmed this week.

Price, who started Hi-Tech 30 years ago, said he had received a call in 2019 from his American distributor Superformance to inform him about the upcoming film and that the producers were looking for a very special fleet of cars.

“They needed some to be in the background in the movie and others to be driven off-track by Ken Miles [the British racing car driver played in the film by Christian Bale] and Caroll Shelby [the legendary American car designer and builder played by Matt Damon].

“And then they wanted the three famous GT40s that Miles and his two Ford teammates used to dominate Le Mans, the grand prix of endurance racing, in 1966. 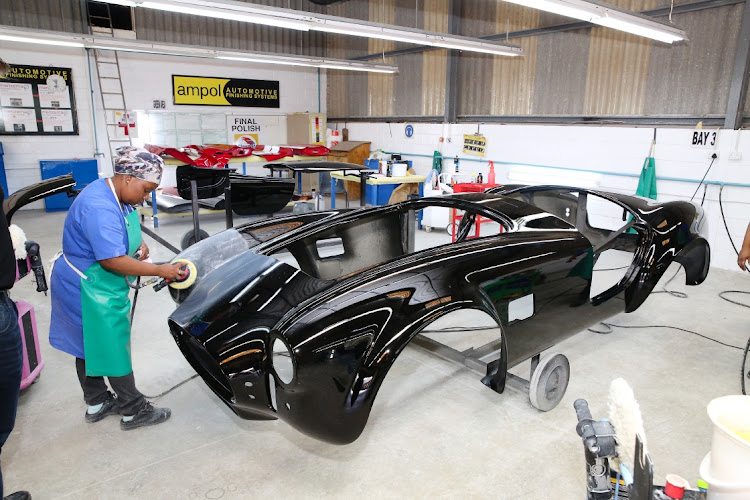 Price said some of his management staff and guests had been invited by 20th Century Fox, the studio behind the movie, to attend a preview in November at Baywest.

“It was a bit frustrating to watch at first because I know all the real-life characters personally and how things happened and I felt it wasn’t being depicted quite right. But by the end I understood how they had put it together and why, and it was great.

“We were very proud to see the cars and to know that they had been produced right here by us.”

An engineer by trade, Price, 73, began his career in construction and was involved in top-level powerboat racing before joining the automotive industry in the 1980s.

“At the time people were getting tired of cars with no character and real cars were making a comeback. There was also a classic car kit you could buy and put together in your garage.

“So I took that and looked at the high end of the US market and thought I could do something different. We would build a classic car that would be complete and that would look and drive like the real thing down to the smallest detail.”

In 1992, he ran an advertisement “Don’t buy a kit. Buy a Cobra” which ran in most American car magazines and followed this up with appearances in a Hi-Tech demonstration model at the Houston Car Show and at Run and Gun drag race meets across the US.

Working with racing drivers such as South African Bobby Olthoff and American Bob Bondurant and later car designer Peter Brock, who worked with Shelby himself, the little Port Elizabeth business and its unique “continuation” cars, blue-chip replicas built for collectors and the rich and famous, grew 50% annually for the next seven years. 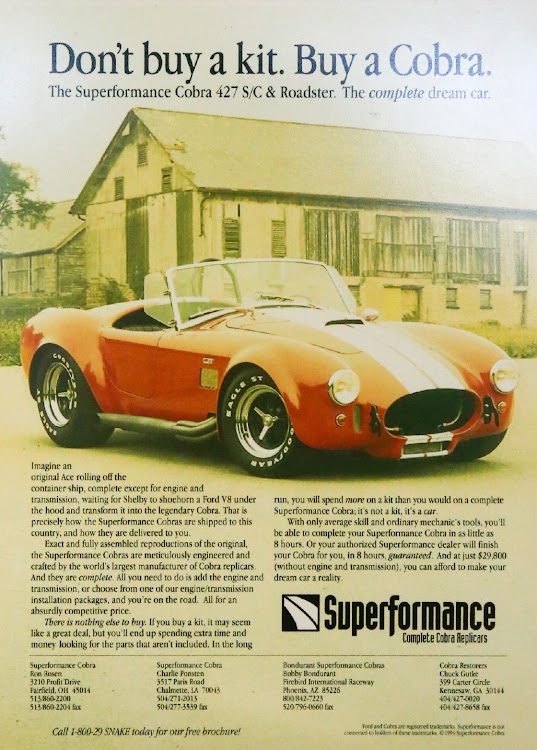 AN EASIER ALTERNATIVE: The 1992 advertisement that got the ball rolling for Hi-Tech Automotive and Superformance, the distributor that Jim Price founded in America. It ran in most of the US car magazines.
Image: WERNER HILLS

Today, the factory has 20,000m² of work space under one roof and employs 280 staff. Price has taken a back seat while his sons Justin and Nicholas drive the business.

The loyalty of the staff who stayed on through tough times had been key and the company continued to focus on detail and quality, he said.

“A big car manufacturer takes 20 hours to build one car and rolls out several thousand a day. We take 1,200 hours per car and at most we have produced 57 cars in one month.