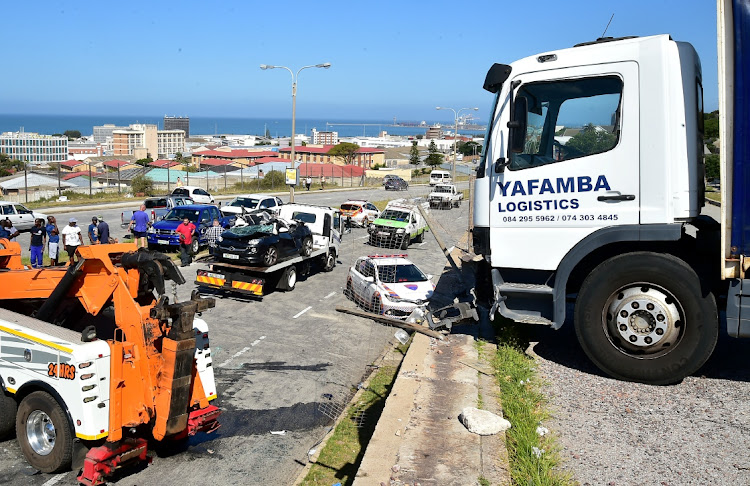 A case of reckless and negligent driving has been opened with the Mount Road police after a truck collided with a vehicle in Diaz Road, Parsons Hill.

Police spokesperson Captain Sandra Janse van Rensburg said the truck had been parked in Potgieter Street at about 2pm and left there while the driver went to fetch his child from Parsons Hill Primary.

“When he returned to his truck, he noticed it was no longer parked where he had left it.

“He then noticed that the truck had rolled forward and collided with an Opel Adam that was travelling in Diaz Road towards CJ Langenhoven Drive,” Janse van Rensburg said.

The female driver, who was the sole occupant, was removed from the vehicle and taken to hospital for treatment, Janse van Rensburg said.

Janse van Rensburg was unable to give further details including the age of the woman or the injuries she sustained.