Bringing tech to the townships 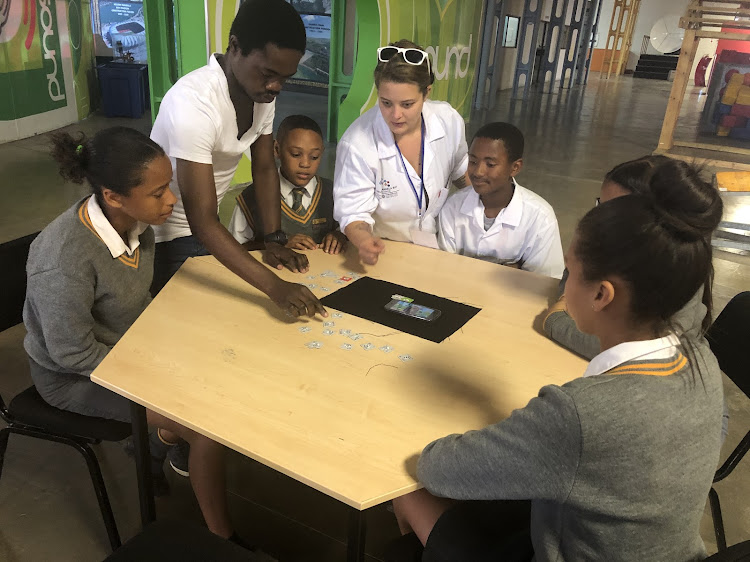 The Nelson Mandela Bay Science and Technology Centre in Uitenhage, together with the Nelson Mandela University, is introducing the basics of coding to pupils during Africa Code Week
Image: Supplied

By bringing tech to the townships, the Nelson Mandela Bay Science and Technology Centre is already a third of the way closer to achieving its goal of introducing 10,000 disadvantaged pupils to coding by the end of October.

The centre, in partnership with the Nelson Mandela University, has set its team of 24 people this ambitious goal through its in-house and outreach programmes.

The outreach programme has already interacted with about 3,000 pupils since its soft launch last week.

And, with the in-house training taking place at the centre this week to coincide with Africa Code Week, the group is adding an additional tally of about 500 pupils a day.

Programme co-ordinator Nomawethu Kama said a year after the international introduction of the Africa Code Week in 2015, the Bay has been hosting its own version annually to introduce pupils to coding basics.

The 2019 programme involves 39 schools across the Bay, with pupils trying their hand at coding through the award-winning TANKS app developed by NMU as well as various animation apps teaching coding language via the SCRATCH programme.

Kama said the outreach programme saw facilitators going out daily to schools to provide basic training while the in-house aspect involved pupils coming to the centre for training.

Singathwa Kuli, the centre’s research, innovation and sustainability manager, said since the introduction of Africa Code Week the number of pupils had increased from 300 over a week in 2016, to 3,000 over the same period in 2019.

“As the Nelson Mandela Bay Science and Technology Centre, it is our role to ensure that no child is left behind,” Kuli said.

[We] equip pupils with the critical skills needed to thrive in the 21st century and to participate in the economy.

“The success of previous events has seen us increase the number of pupils to at least 480 a day as well as the period we now run the programme over a three-week period.”

The purpose of the week was to empower pupils with coding tools so they could ultimately become key actors in Africa’s economic development, Ntaka said.

“The idea behind our specific programme is to ensure that we are able to reach as many pupils as a young enough age for them to take an interest in IT systems and potentially follow a career in that line.

“We are working with pupils from grades 6 to 9 as we know that high school is too late to begin intervention.

“And, while we have adopted certain schools to work with, we are still open to others who would like to attend and learn about coding.

“They can simply contact the centre to arrange a visit,” Ntaka said.

“It is my first time ever doing any type of coding and, while not everything is easy, it has been a lot of fun.

“I actually want to be a soccer player when I’m big, but this is also an option now.”