Ntuli-Zuma to sue NPA and Hawks 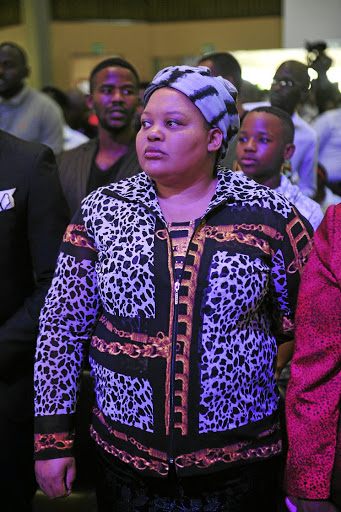 Former president Jacob Zuma's estranged wife Nompumelelo Ntuli-Zuma says she will sue the NPA and the Hawks for malicious prosecution for identifying her as a suspect in the attempted poisoning of her husband for five years, without having any real evidence against her.

Her pending litigation will force both the Hawks and the NPA to disclose the evidence they used to justify their decision to identify her as a suspect, potentially uncovering the role played by the State Security Agency in pursuing the poisoning plot investigation.

Ntuli-Zuma claims she was subjected to lie detector tests, and interrogated for hours for days on end, by Hawks and Intelligence officials.

"They would tell me to rest in the middle of the night, and then come back three hours later and then another one would come and ask me questions".

Speaking to Sowetan sister publication Business Day yesterday, Ntuli-Zuma's attorney Ulrich Roux said he was convinced that the Hawks and the NPA - then under the leadership of Advocate Shaun Abrahams - were "undoubtedly" driven by "severe political pressure" in pursuing her.

Abrahams has told Business Day that there was evidence that Zuma was poisoned in 2014, but KZN Director of Public Prosecutions Elaine Zungu found that there was no proof that showed he had actually been poisoned.

Ntuli-Zuma tearfully described to Business Day how her life had been "destroyed" after Zuma confronted her with a series of accusations written on a piece of paper in 2014 which included claims that she'd been in contact with a foreign intelligence agent, had an affair with her bodyguard, had received money in a Mauritian bank account and had poisoned his tea.

"I told him that I don't know anything about these allegations. I had never made tea and poisoned it. I never slept with my bodyguard... I've never been to Mauritius..."

She said she was deeply traumatised by being accused of attempted murder by Zuma, who she believed loved her and believed in her.