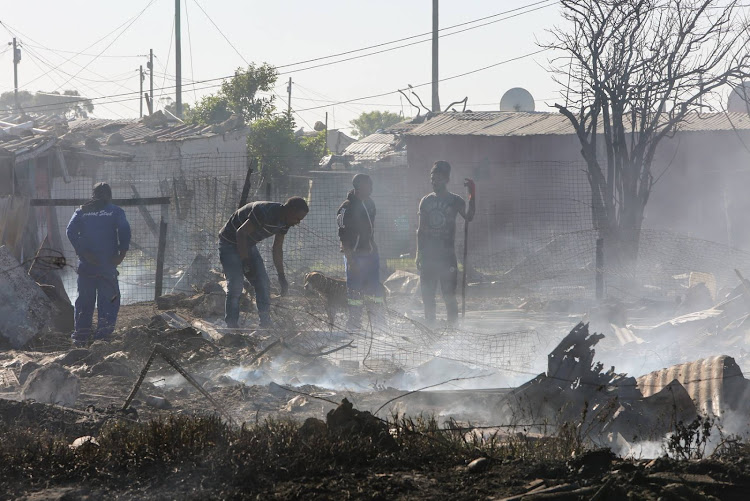 In what the Red Cross Society has described as the worst fire in Nelson Mandela Bay so far this year, more than 70 people were left homeless on Monday morning.

This after a devastating fire razed 24 shacks in Area Q in Walmer Township at about 3am.

Shortly after the blaze community members still wearing their pyjamas stood around the area where their homes once were.

While some nervously watched the smoking debris of the fire, others began clearing the area.

They applauded as a bakkie arrived, stacked with wooden pallets.

Nandipha Mayekiso, 29, said she had lost everything, even ID books and bank cards.

A mangled microwave oven is all that is left of the shack where she lived with her children and family members.

"I just grabbed my son, I was so scared," she said.

"I was still paying off my furniture and my flatscreen TV. I had a washing machine and fridge and everything. Now I have nothing."

Mayekiso who has lived in the area for six years said the fire started next to her shack but she said the cause of the fire was unknown to her.

"I only have these clothes. I work as cleaner. I couldn't go to work in my pyjamas. I must find a place for us to sleep tonight," she said.

Her neighbour, Thandazo Vunyiswa, 39, said she and the four other occupants in her home now have nothing.

"I have lived here for eight years. I had three bedrooms. We are five who lived here. There is nothing left for us now. I had no time to take anything. I had a four-piece lounge suite now I have nothing," she said.

"I was sleeping but the light from the fire woke me up. I work at the SPAR. I had to go borrow clothes this morning for my son to go to school," she said.

"I have been standing here in my gown since 3am and I have a headache. I don't know where we are going to sleep tonight," she said.

Nokuthula Kelekete, 33, said she was not working at the moment.

"I have a child but nothing else now. I am worried about tonight. We can't sleep outside. It is too cold." 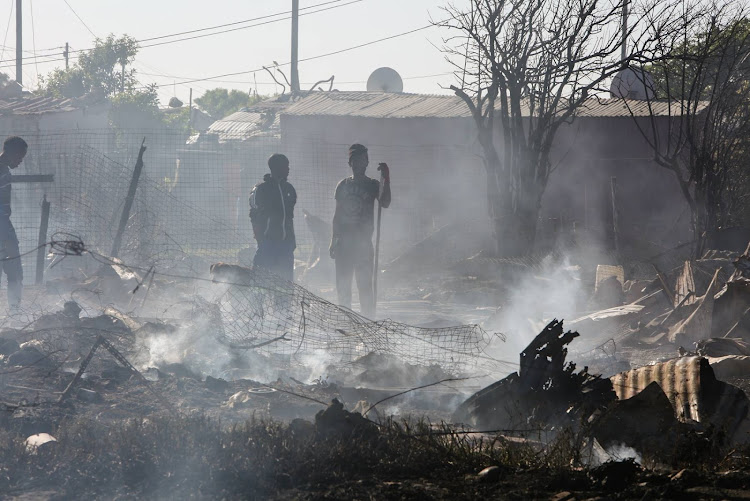 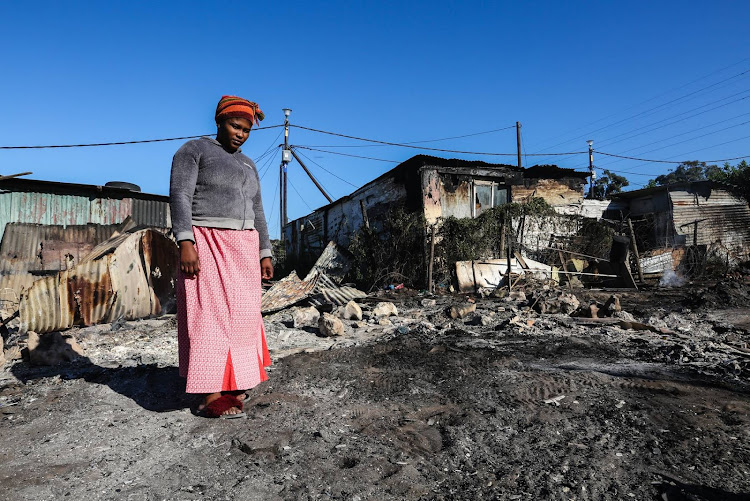 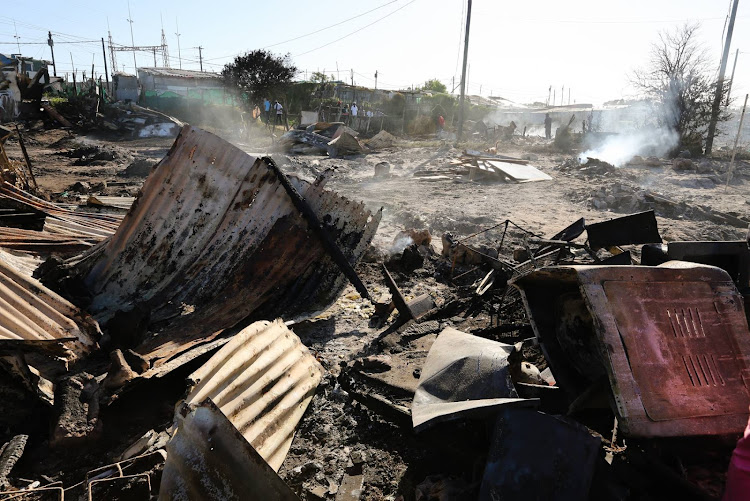 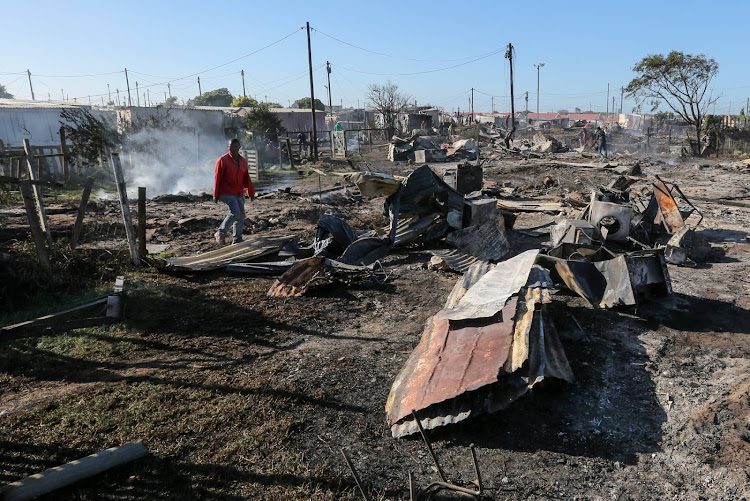 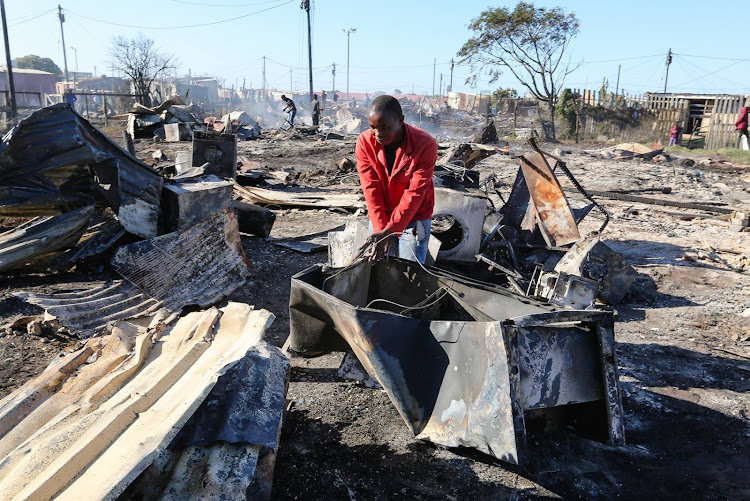 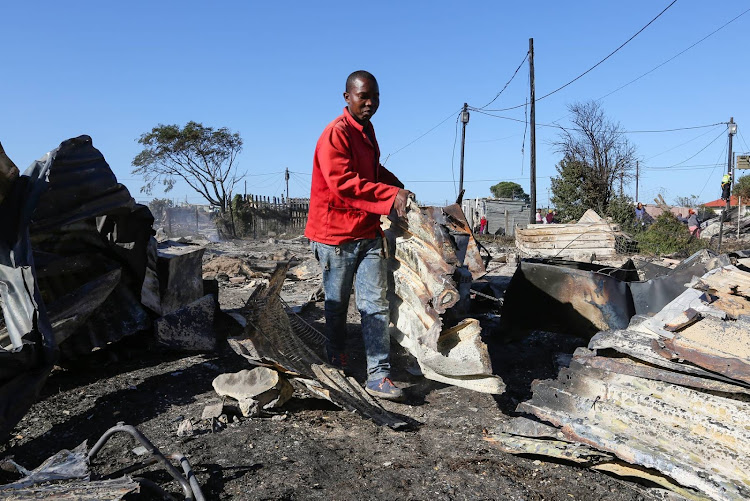 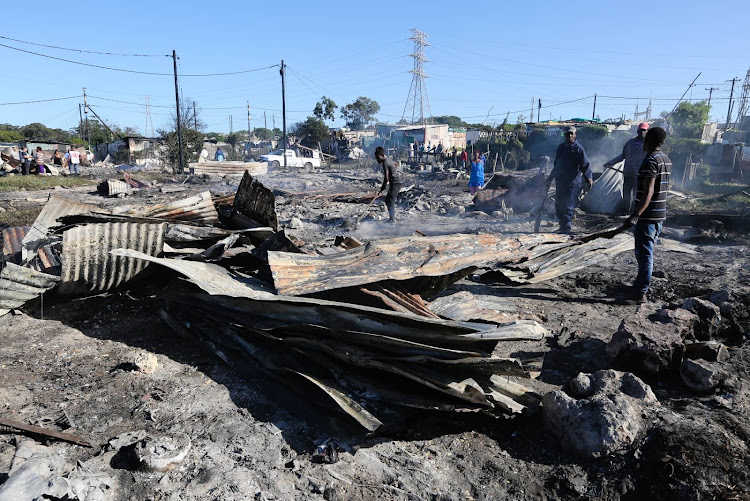 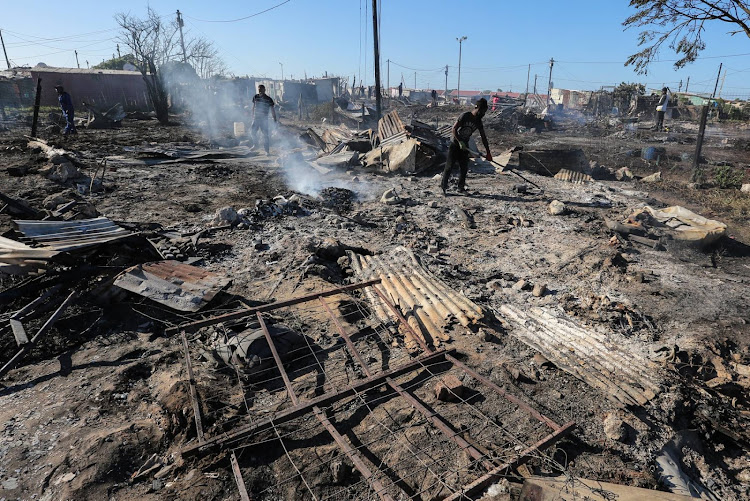 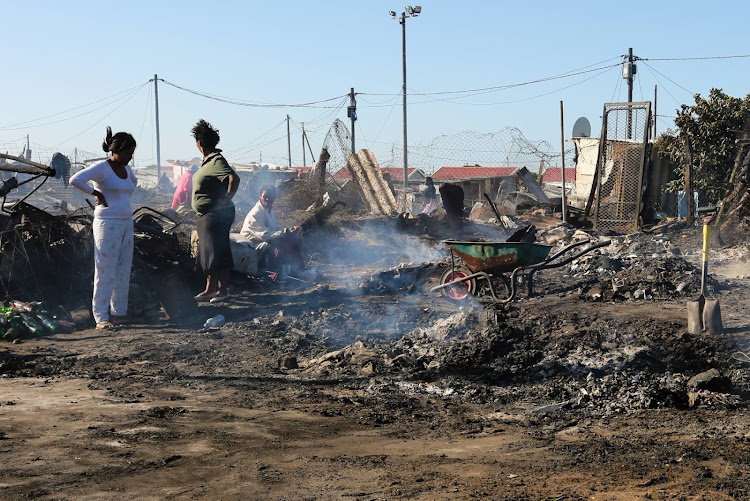 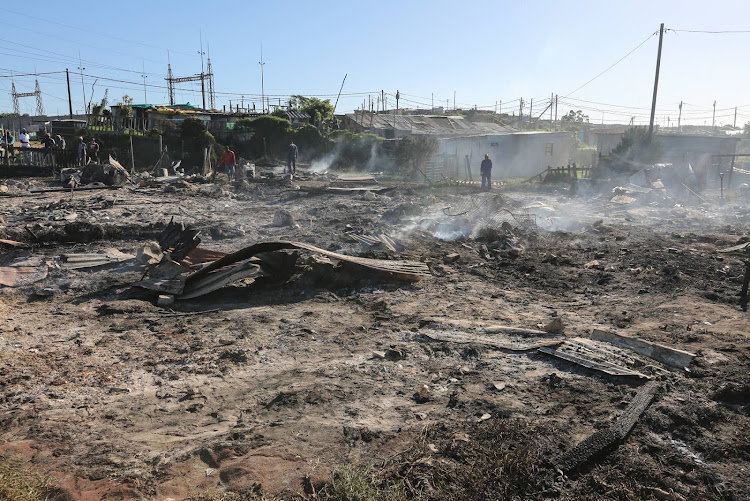 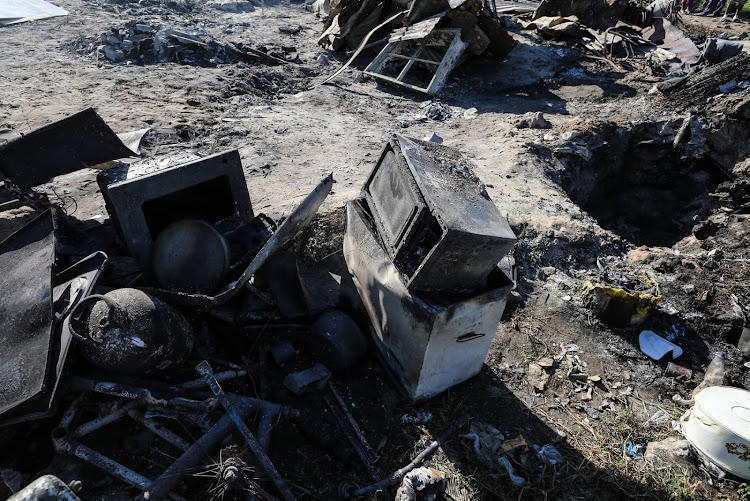 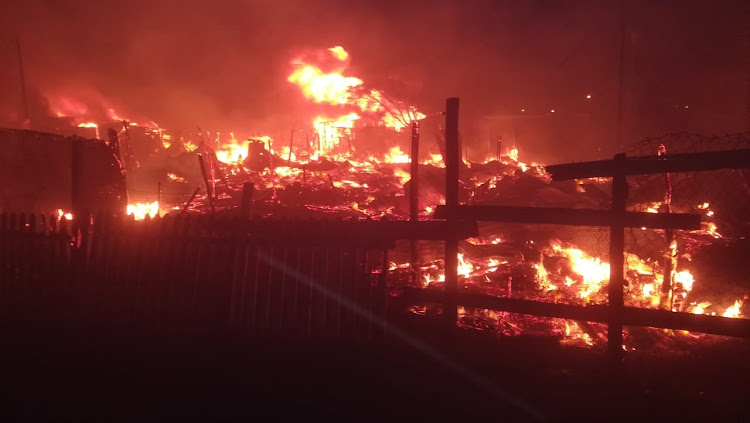 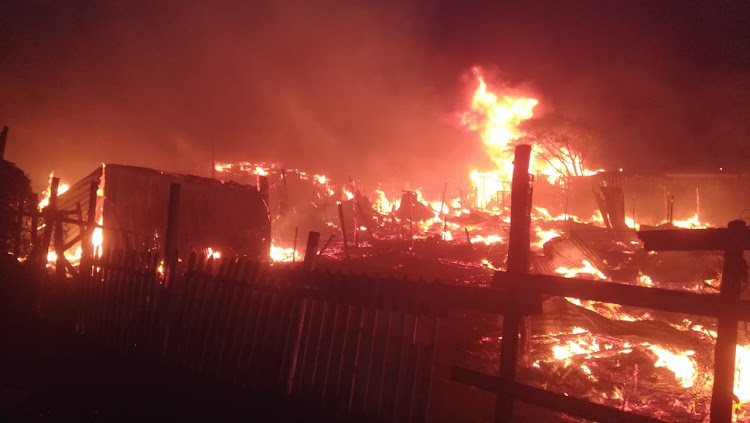 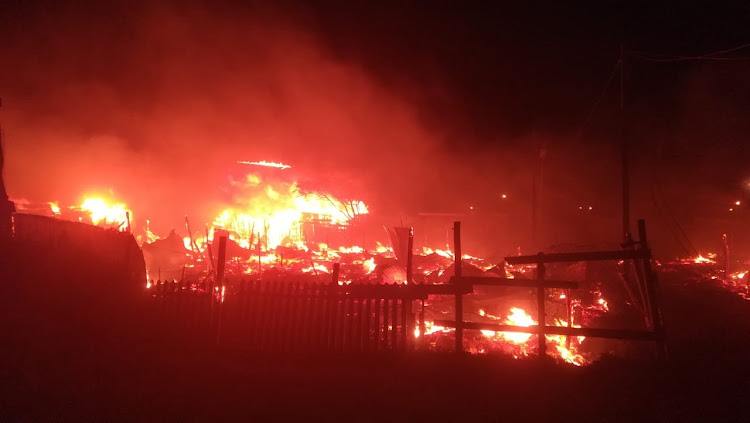 "This is the worst fire disaster that we have been called to this year in Nelson Mandela Bay," Peo-Swartz said.

She said they urgently need donations for toothbrushes, toothpaste, soap and moisturiser as well as food and clothes.

"We also need donations of nappies and baby food," she said.

Ward councillor Ayanda Tyokwana said they were talking to the churches in the area to provide shelter for the affected families tonight.

Officials from the municipality's disaster management teams were still on the scene by noon saying that they believed more than 70 people will be affected.