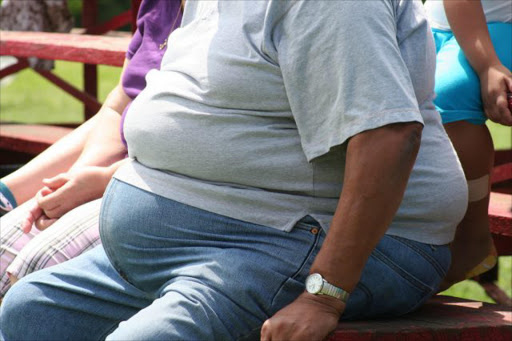 Port Elizabeth residents are among the most unhealthy in the country.

This is among the findings of the Discovery Vitality ObeCity Index 2017‚ released on Wednesday‚ which presents the latest insights on weight status as measured by Body Mass Index and waist circumference and food purchasing behaviour of nearly 500 000 Vitality members in Johannesburg‚ Pretoria‚ Cape Town‚ Durban‚ Bloemfontein and Port Elizabeth.

Cape Town scores best with 53.5% of Capetonians having a normal weight status.

Johannesburg and Durban came in at second and third with 52% and 51.8%‚ respectively.

Port Elizabeth and Bloemfontein have the worst weight status‚ with 48.8% of residents having a healthy weight status in both cities.

Durbanites eat the least sugar and salt while Cape Town and Johannesburg residents are better at stocking up on fruit and vegetables.

"While there are some positive trends‚ we still have a lot to do to combat obesity‚" the index's authors said in a statement‚ noting the increased risk of heart disease‚ type 2 diabetes‚ certain cancers and premature death.

"Our data shows that being obese increases healthcare costs by as much as R4‚400 per person per year.

"It’s no surprise that we find ourselves in this situation as our eating habits have changed for the worse in recent decades. In fact‚ statistics show that South Africans now spend more money on beer than on vegetables and fruit combined. We are increasingly foregoing whole‚ fresh foods in favour of energy-dense processed foods and sugary soft drinks. This is compounded by the fact that we’re exercising less with more sedentary lifestyles."

"We have a long way to go to reach a healthy weight status as a nation. South Africans in general consume insufficient portions of vegetables and fruit and too much sugar and salt."

"We see a positive relationship between weight status and fruit and vegetable purchasing‚" said Discovery.

South Africans overall are eating only three servings of fruit and veg (230g) a day instead of the recommended five servings (400g)‚ the index stated.

Commenting on the index‚ Discovery said its data shows that members who purchase healthy foods have a 10% lower BMI compared to those who purchase unhealthy foods. It states the same purchasing behaviour is associated with up to R2‚500 lower health costs per year.

Its advice is simple - cook at home at least five times a week.

In addition: "Home-cooked meals allow for appropriate portion sizes‚ while restaurant portions are known to be unnecessarily large. This contributes to the overeating culture and the global obesity issue".

Summary of the results:

Food purchasing score - The ratio of healthy to healthy-plus-unhealthy products purchased at Pick n Pay and Woolworths through the HealthyFood benefit. The higher the score‚ the healthier the basket of food.

Salt intake - The average number of teaspoons of salt purchased per member‚ determined by taking into account purchases of salt as well as of high-salt foods.

Sugar intake - The average number of teaspoons of sugar purchased per member‚ taking into account purchases of sugar as well as sugary snacks and drinks.

Claims of 'more evidence' against alleged Senzo murder mastermind as case is ...
Criminal charge to be laid against Zuma after state capture commission walkout