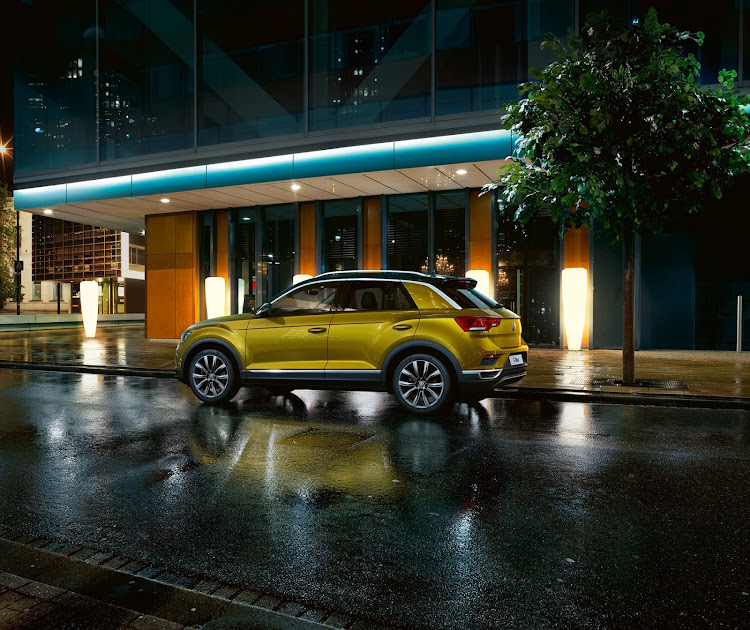 Based on the new Golf, the T-Roc slots into the VW crossover range between the larger Tiguan and recently introduced T-Cross.
Image: Supplied

It’s raining SUVs at Volkswagen. The German carmaker has added the T-Roc as its fifth SUV model line in SA, joining the T-Cross, Tiguan, Tiguan Allspace and Touareg.

Capitalising on a local SUV market that has grown 44% between 2015 and 2019 - and expected to almost double in size over the next decade - the T-Roc heads here less than a year after VW introduced the smaller T-Cross, which has become a very popular seller.

The new car slots between the T-Cross and the Tiguan in the brand’s SUV range and offers digitalisation, class-leading driver assistance systems and a modern and expressive design, according to VW.

Competing against the likes of the Honda HR-V, Hyundai Creta and Kia Seltos, the T-Roc will be available in two derivatives when it goes on sale here in November: the front-wheel drive 1.4 TSI Design, and the 2.0 TSI 4Motion DSG R-Line.

Indicative pricing is about R500,000 for the 1.4 TSI Design (which would make it more expensive than a bottom-of-the-range Tiguan) and R600,000 for the range-topping 2.0 TSI R-Line, with final prices to be confirmed in August. 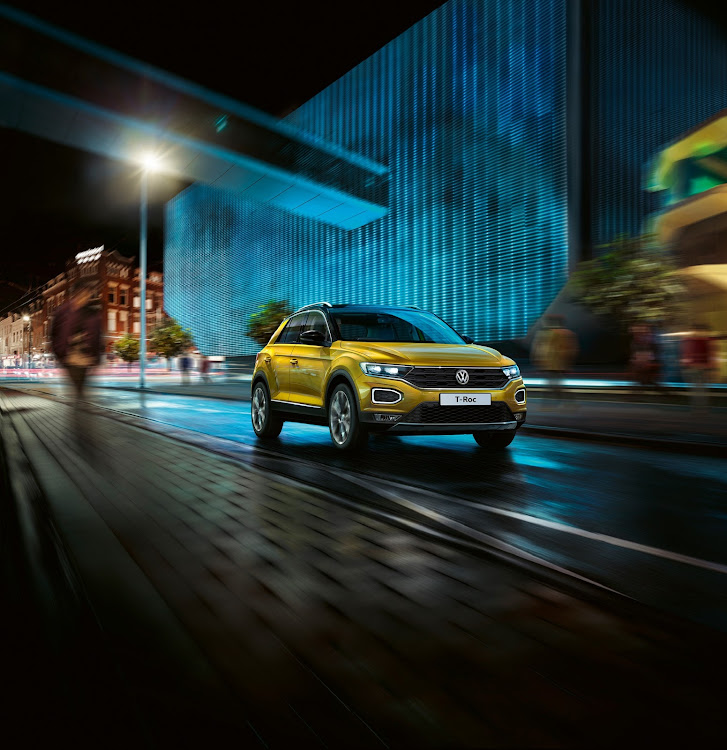 Two T-Roc derivatives will be offererd when it goes on sale here in November: the front-wheel drive 1.4 TSI Design, and the 2.0 TSI 4Motion DSG R-Line.
Image: Supplied

In January the line-up will be joined by a 2.0 TSI 4Motion DSG Design all-wheel drive version.

Though they have all-wheel drive, the 4Motion models don’t have any real off road ability due to their modest 161mm ground clearance, making the T-Roc more of a crossover than an SUV.

The introduction of the T-Roc comes with new naming for VW’s trim lines, with the Design line offering more styling elements while the R-Line has sportier levels of specification.

VW’s new five-seater is a modern compact SUV with a roofline reminiscent of a coupé, and an off-road look enhanced by dark plastic trim that protects the bodywork around the wheel arches and side sills.

The T-Roc will also be among the first VW models to display the new Volkswagen logo in SA, and will also be the first SUV from the brand to be available in two-tone paintwork. The roof and side mirrors can be paired with various exterior colours, giving T-Roc customers up to 26 different colour options.

Based on the new Golf’s modular transverse matrix (MQB) platform and about the same length as the Golf, the T-Roc offers more family-friendly cabin space than the T-Cross with its extra 80mm length, and also more loading room with its 445l boot compared to the 377l of the T-Cross. 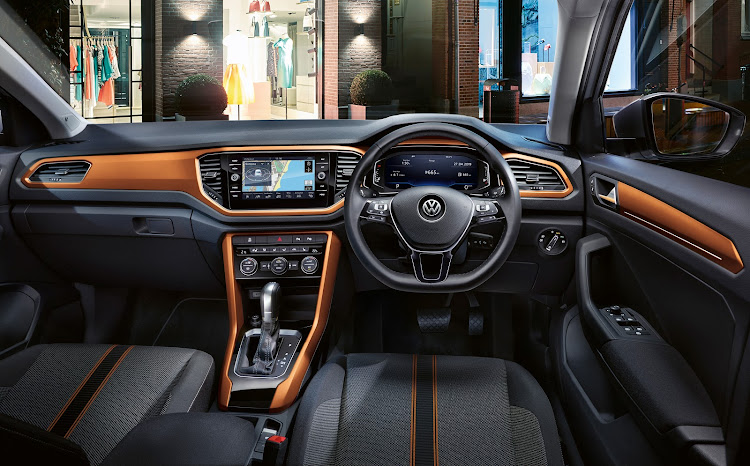 The modern interior has what VW terms a “robust SUV feel”, with a digital and interactive cockpit and ambient lighting.

The T-Roc will come standard with Composition Media radio and App-Connect which has a 20cm colour touch screen with two USB ports, and the option for smartphones to be charged wirelessly (the latter feature standard on the R-Line).

We Connect Go is also part of the range-wide package and allows T-Roc customers to pair their vehicle to their smartphone and access vehicle data, the nearest or preferred Volkswagen dealer, records for a tax log book, and gamification.

T-Roc achieved a maximum five-star rating in EuroNCAP crash tests and comes out of the box with a high level of safety including stability control, park distance control, blind spot monitor and fatigue detection. In addition, the range-topping R-Line offers semi-autonomous driving features that allow it to automatically maintain a safe following distance, stay in its lane, and apply emergency braking when necessary. 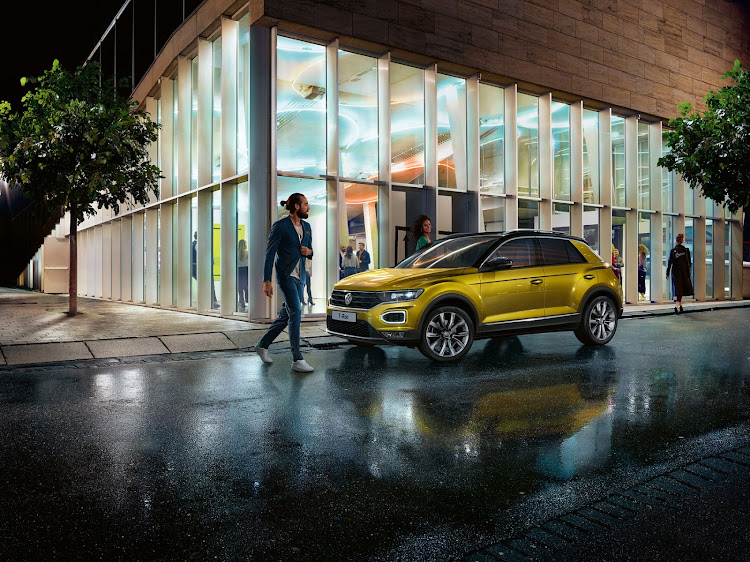 The T-Roc can be customised with a full suite of interior and exterior options.
Image: Supplied

Optional features on all versions include a panoramic sunroof, electronic trailer hitch,  navigation, a Beats sound system and a Park Package.

The Volkswagen T-Roc will be sold standard with a three year/120,000km warranty and five year/ 90,000km Volkswagen Service Plan.​