#LearningCurve | Built on a firm foundation in Bay 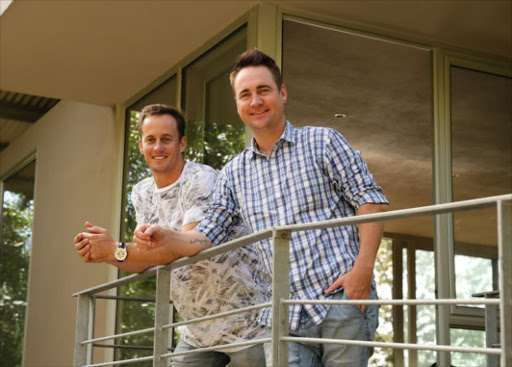 DMV Architecture, started by Dal Venables when he was a student, today covers all realms of building design

Now in its eleventh year, DMV Architecture has established its presence all around the Bay, but founder and director Dal Venables – who started the company as a student – says no project is too small for this firm.

Can you give some background on yourself and how the business was started?

It started when I was still a student in 2008. It was how I paid my way through varsity and paid for my living expenses. Back then it was carports and garage additions and granny flats, which were really humble beginnings, but it kind of just grew into something.

After my B Tech year I furthered my studies [with a BAS degree] and Masters studies, then registered as an architect and rolled on with the existing clientele I had and word-of-mouth referrals.

It got to the point where I was managing the business, I was the only architect, I was the administrator and the client liaison. It became a bit hectic, so I said I needed to find the right person, and that is [when co-director Neal Fisher joined].

Neal’s been here for three years already, and having him on board has helped take it to the next level.

My wife Luanne also plays a very important role by being that person behind the scenes who gives me the support to do what I do.

In the past few years, we’ve opened an office in Stellenbosch and we are starting an interior design business, which will open its doors on April 1.

When did you realise the business had gone from being a part-time job to a full-time entity?

In my second last year of university – which was the first year of my Masters degree – I went to Las Vegas with a client to look at the gambling world and ideas that we could take away from it, to come back and implement it in their business from an architectural perspective. At that point, where I had to leave class to go to Vegas and then come back and catch up on everything, I think I realised it.

What is your core service?

Architecture, which is designing space that has a specific use, whether residential, commercial, industrial, institutional or mixed-use. There are architects who specialise in one field, but we do all realms of architecture. Our motto has always been: no matter how small the project, we’ll still assist the client.

Where was the idea born?

Architecture was always a passion of mine. I was at a crossroads because I was accepted to be an air traffic controller – I was actually the only person in the Eastern Cape to be accepted into the course, and then I ended up going to Johannesburg for two or three weeks, deciding it was not for me, and coming back. The first day of my architectural studies was the next day.

How did you acquire funding for the business?

Being a service-related business means there aren’t really much expenses. You don’t need an office for someone to see you. The main thing is to establish a client base. Without them, you won’t have a business. Funding the business is really being able to sell ideas and being able to do so pretty quickly.

What was the first step launching your business?

Because I was a student at the time, I never showcased it as a business or really launched the business. Once I had completed my studies and we started creating awareness with sign boards, positive rapport and our projects, the brand just rooted itself and snuck up.

Which project are you the proudest of?

A big highlight in DMV’s portfolio was the redevelopment of 1 Bridge Street. It really was a first in that area because it was an isolated building, in an industrial space. I think, together with the developer, we were able to get the right tenant mix on board so that it became this destination people wanted to go to.

I think it was a reinvention for that building and it changed the use completely. It changed the neighbourhood and people’s mindset of what the area is.

Success is hearing good feedback about the brand. It means we’re heading in the right direction.

What are some of your highlights in running your business?

A major highlight is that you’re seeing something through from an idea to completion. It’s something you built which is permanent.

How important is social media and an online presence for your business?

It’s very important. The minute we have a new design done and have approval from the client, we post it on social media. We also constantly update our website.

How do you measure success in your business?

Success is hearing good feedback about the brand. It means we’re heading in the right direction. The best feeling is going into a project where the client told you what they want and when you complete it, you’ve hit the nail on the head. If they are happy to refer us, we’ve been successful.

What are some of the biggest inhibitors your business faced before launching?

We probably started at the peak of the property crash, when we had the recession in 2008 and 2009. Getting through that stage was probably the trickiest.

What are some of the best practices that have made your business successful?

Confidence is important. So is being able to sell an idea, delivering on promises, just being honest and communicating. It definitely helps to be able to advise people based on your experience.

And the interior design company?

I’m a director in the company, and we’ve sourced an interior designer from Cape Town, Mia Vincent.

We also have a textile designer. The company is a partnership between us and Hullabaloo Interiors to form Heitch Design. It will also have a retail component and will also be situated at our new premises at The 1054 in Walmer.