Some relief arrives for drought-stricken farmers 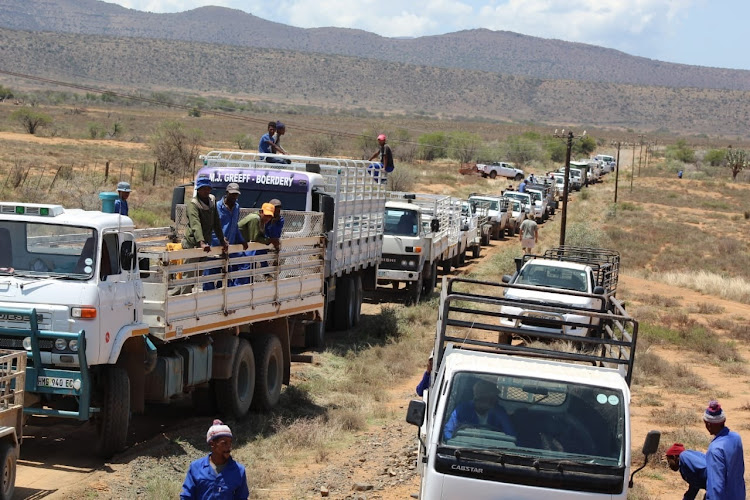 The Eastern Cape department of rural development and agrarian reform delivers feed to farmers in the Sarah Baartman District on Monday
Image: SUPPLIED

In response to the crippling drought that has put farmers under increasing pressure, the Eastern Cape department of rural development and  agrarian reform will spend the week delivering drought relief supplies to those most in need.

On Monday, officials visited the Sarah Baartman district, where the Dr Beyers Naude municipality in particular, was identified as being badly affected.

The department also handed over 45.4 tons of lucerne and hay to 187 farmers in Adelaide which falls under the Amathole district.

Adelaide Farmers’ Association chair Hannes Bosch said farmers appreciated the intervention — the feed they received would give them a breather.

He said farmers were responding positively to MEC Nomakhosazana Meth’s advice to de-stock so that they were able to maintain their herds.

“We are doing as the MEC has advised us. [The] majority of farmers have reduced their stock by a third and others have relocated it [stock] to other provinces,” Bosch said.

Monday’s delivery of lucerne and hay was the second phase of the department’s drought relief efforts.