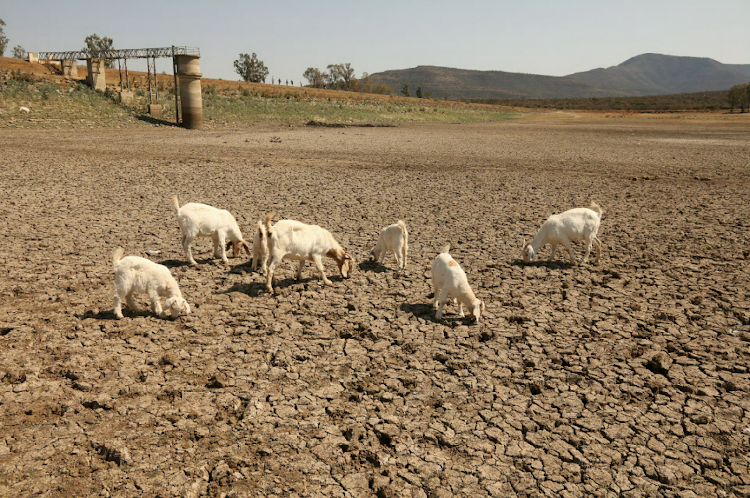 DISASTER AREA: When the Adelaide Dam, pictured, dried up, alternative sources of water were accessed via boreholes and the Fish River pipeline. But now the boreholes are drying up and load-shedding is causing havoc with the Fish River supply
Image: Fredlin Adriaan

A perfect storm of water shortages, load-shedding and questionable governance is wreaking havoc in the Adelaide and Bedford areas.

Pressured by its own R500bn debt, Eskom is clamping down on municipalities defaulting on electricity payments and one of these is the Raymond Mhlaba local lunicipality, which includes the two Eastern Cape towns at the foot of the Winterberg, once the heart of a bountiful sweetveld livestock farming industry.

Raymond Mhlaba bosses have been in crisis talks with the utility to try to convince it not to carry through with its stated intention to cut power to the area which will, among other things, cripple the water supply from the Fish River.

Raymond Mhlaba mayor Bandile Ketelo said on Wednesday the authority’s debt stemmed from the merger of Nxube and Nkonkobe municipalities in 2016.

It had mushroomed with the installation of smart meters which Eskom had called for, and this trend had not been offset by improved revenue collection.

The utility’s warning that it intended to cut the municipality’s power, starting with three hours in week one and 14 hours in week two, would be disastrous because it would cripple the two pumps needed to push the water the last part of the way along the Fish River pipeline to Adelaide and Bedford, he said.

“That will be unreasonable and inhumane in my view,” Ketelo said.

Raymond Mhlaba councillor Ernie Lombard said the water was initially pumped out of the Fish by the Blue Crane municipality, but then pumps at Bedford and Adelaide were needed to push it through to the two towns.

“Because load-shedding is applied at different times to these two different authorities, it gets in the way of any regular flow of water,” Lombard said.

Even without this problem, because the 20-year-old pipe had not been built big enough to cater for population growth and because it was limited to just a few hours a day, the supply was about a third of what each town needed, he said.

Five boreholes commissioned by the Amathole district municipality had been drilled by Gift of the Givers and while one next to the dry Adelaide Dam was functioning well with water being trucked from there to the most needy residents in the townships, overall pressure had dropped from 8l per second to 1l per second.

“The suffering is great,” Lombard said.

Adelaide resident Dave Knoesen said the people of the town had received nothing through the taps on Wednesday or Thursday.

“I’ve got a tank but of course there’s been no rain so that’s no good.

“I’m lucky in that I can get water from friends with a borehole though I must still boil it. Or I can buy water. But 90% of the people here can’t afford to do that all the time. What about them?

“Right now there are people walking around the streets with bottles looking for water. Others push wheelbarrows from  Kagtanga [township] to the one big working borehole at the dry Adelaide Dam,” he said.

Noni Madikizela-Vuso, spokesperson for the Amathole district municipality, which manages the water in Bedford-Adelaide, said a storm had destroyed their power lines in late November.

“Though our system barely recovered, we alternately supply to Adelaide and Bedford opening one day for town and the other for the location to ensure all our communities receive the limited resource available.

“There are boreholes that municipality drilled. However, they have since dried up.

“Adelaide Dam remains dry and we are faced with a drought disaster.”