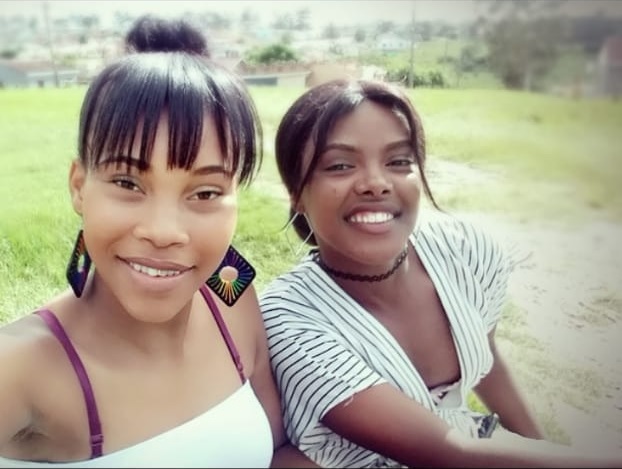 BRUTAL ATTACK: Moesha Magotha and her sister Gail. Moesha is fighting for her life in hospital after a brutal attack
Image: Supplied

Less than five months before she was left bloody and bruised — with a crude swearword carved into her forehead — Moesha Magotha suffered a devastating blow when her mother died in a car crash.

Now, the 18-year-old from Port Elizabeth, who was in the car with her mother at the time of the accident, is fighting for her own life in Livingstone Hospital.

She is in a critical condition.

Just days before Moesha was horrifically stabbed and beaten, she had allegedly received threatening messages from a man in Alexandria, a little more than 100km from Port Elizabeth, her sister Gail said on Friday.

Gail said Moesha and the man had been in a relationship but Moesha had not known he was married and when she had queried his marital status — after being informed he had a wife — the man had said people were lying and he was single.

He continued to pursue Moesha, who in May, after her mother’s death, had moved back to Port Elizabeth from Alexandria where she had been living.

When Gail, 22, speaks of the attack on her younger sister, she wavers between anger and sadness.

She cannot believe that anyone could hurt her sister in such a cruel manner. 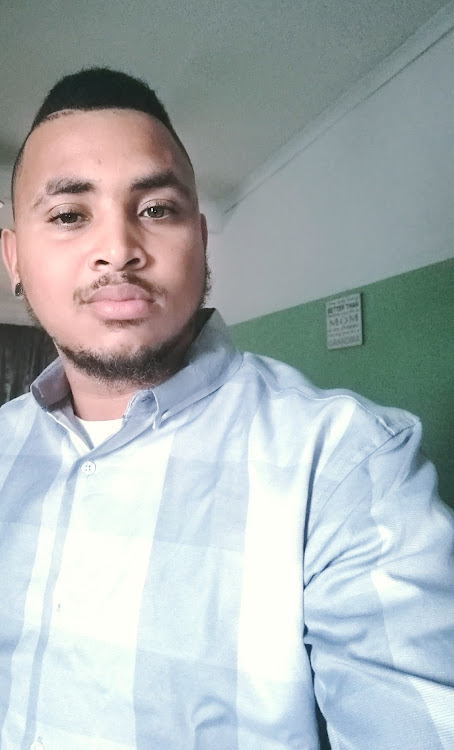 IN COURT: Sean Hendricks appeared in the Alexandria magistrate's court on Friday in connection with the brutal attack on Moesha Magotha
Image: Supplied

“He [the perpetrator] doesn’t deserve to live,” Gail said on Friday, the same day a 25-year-old suspect, Sean Nicolas Hendricks, appeared in the Alexandria magistrate’s court.

Moesha, the third-eldest of seven siblings,  was rescued on Thursday last week when police were alerted to a disturbance in a house in Kwanonqubela township in Alexandria.

In photographs seen by Weekend Post, the pretty young woman’s face is so badly injured she is unrecognisable.

Magotha’s eyes are both bruised, her face swollen and she has blood below both eyes, on her forehead and above her lip.

She also had at least 20 stab wounds on her shoulders, arms and legs.

Most shocking, however, is the four-letter swearword carved on her forehead.

Gail, who describes Moesha as a soft, intelligent person, says the family is still quite mystified about her movements leading up to the attack.

“We didn’t know she had left Port Elizabeth to go to Alexandria until we got a message from him [the man who had been messaging Moesha] saying she was in Alexandria,” Gail said.

The sisters moved to Alexandria with their mother in 2008 when she married a man living there.

They had, however, both lived with their aunt in Port Elizabeth while they finished school at Arcadia High.

Thereafter they again lived in Alexandria, returning to their aunt after their mother’s death.

Gail says the teenager loved doing make-up and hair and worked in a salon in Alexandria before they moved back to Port Elizabeth.

“She is a girl who did good [things for other] people — she didn’t deserve this,” Cerwin said.

Equally shocked is Moesha’s close friend Shanace Potgieter, 20, who also said she was a kind person.

Potgieter said the attack was all the more horrific because Moesha was still recovering from losing her mother.

“She is so soft and caring. She and her mother were in a car accident in May and now this ..." Potgieter said. 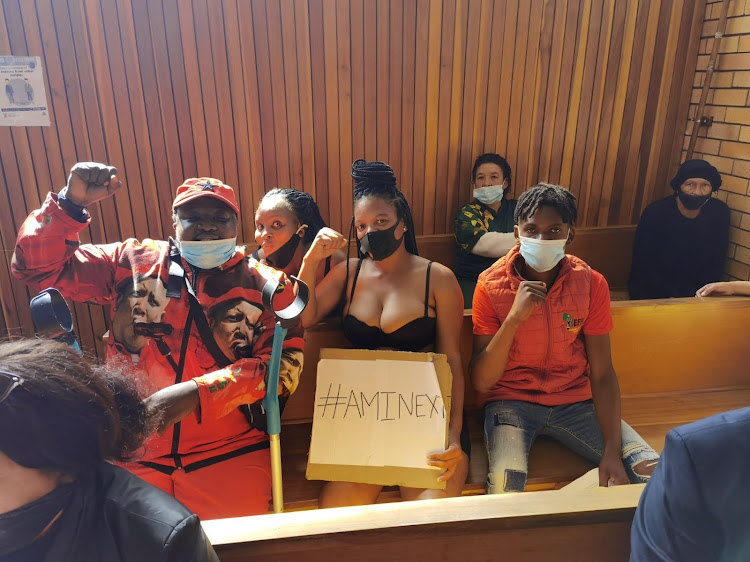 NO BAIL: The EFF in Alexandria led a protest at the magistrate's court calling for bail to be denied for the man who appeared in connection with the attack
Image: Supplied

Police spokesperson Capt Mali Govender confirmed that Hendricks had appeared in court on Friday and had been denied bail.

He is facing attempted murder charges.

“The suspect was arrested following a report of a suspicious noise from a member of the public, coming from a house in the Kwanonqubela township in Alexandria.

“On arrival at the scene, the suspect was in the company of a severely beaten female.

“The 18-year-old victim was taken to a local hospital and later transferred to a hospital in Port Elizabeth.

“She is in a critical condition,” Govender said.

Xolisa Runeli, the EFF’s PR councillor in the Ndlambe municipality, led a group of about 300 people who protested outside the Alexandria magistrate’s court on Friday.

The protesters were calling for bail to be denied.

Runeli said the protest had been prompted by the sheer brutality of the attack.

“It was the brutality, the horrific pictures we saw.

“He went as far as branding her. His intention was to kill her.

“He saw her as if she had no value. Who could live with the word p**s carved in her head?” Runeli said.

He said protests would take place every time the man appeared in court.

“He was denied bail but will be back on October 27. We will be there throughout.

“We hope she will recover. One of our comrades has been in touch with her brother and we will be there to help with anything they need,” Runeli said.