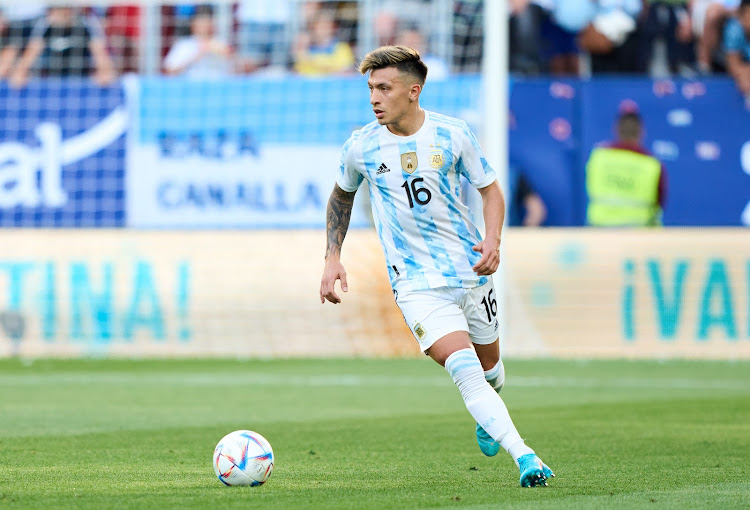 Lisandro Martinez has completed his transfer from Dutch side Ajax Amsterdam to Manchester United with the Argentine defender signing a five-year contract, the Premier League club said on Wednesday.

Ajax had reached an agreement with United earlier this month with the 24-year-old moving for an initial fee of 57.37 million euros ($58.21 million) and a further 10 million euros of potential add-ons included.

United said they also have the option to extend his contract for a further year. Primarily a centre-back, Martinez can also slot into midfield and he is reunited with manager Erik ten Hag, who coached him for three seasons at Ajax.

“It's an honour to join this great football club. I've worked so hard to get to this moment and now that I'm here, I'm going to push myself even further,” said Martinez, who was Ajax's player of the year last season.

“I've been lucky enough to be part of successful teams in my career and that's what I want to continue at Manchester United.

“There will be a lot of work to get to that moment, but I firmly believe that under this manager and coaches, and together with my new teammates, we can do it.”

British media reported that Fulham paid a fee in the region of 6.5 million pounds ($7.85 million) for the 27-year-old right-back.

“I'm happy to be here as a Fulham Football Club player,” Mbabu said. “The first step is to stay in the Premier League, stay stable in the league, and then why not aim for the top-10?”

Mbabu, capped 22 times by Switzerland, made 24 league appearances for Wolfsburg as they finished 12th in the Bundesliga last season.

He was a Newcastle United player from 2013-2017, but made just five first-team appearances for the club in all competitions, and was sent out on loan twice.

Fulham, who won the Championship last season, open their top-flight campaign at home to Liverpool on August 6. — Reuters