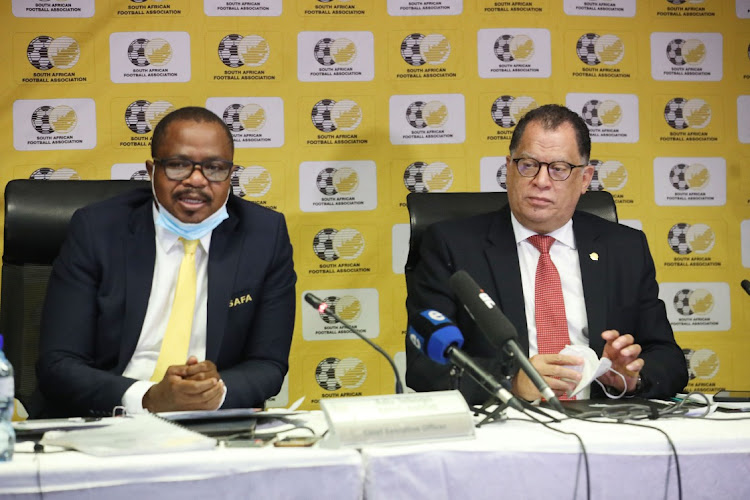 The SA Football Association (Safa) elective congress is set to go ahead on Saturday after another attempt to stop it was dismissed by the Pretoria high court on Thursday.

The congress will be held at the Sandton Convention Centre in Johannesburg where incumbent Danny Jordaan, vice-president Ria Ledwaba and Safa Tshwane president Solly Mohlabeng will contest the presidency.

The build-up to the congress has been dramatic with at least three court attempts to prevent the election going ahead by Safa members.

According to the federation, ousted Safa Vhembe region leaders approached the courts seeking postponement of the elective congress while a dispute within that region was being resolved. But the court struck the matter off the roll for a lack of urgency.

The ousted leadership of Safa Vhembe nominated Ledwaba in a bid to unseat Jordaan.

That leadership was removed during the region’s elective congress and the new leadership is rallying behind Jordaan, Safa Limpopo chairperson Jack Maluleka has told TimesLIVE.

Earlier this month, the Pretoria high court rejected Ledwaba’s plea to stop the elections while the Western Cape high court dismissed with costs a similar application from the Kannaland Local Football Association.

Safa CEO Tebogo Motlanthe said Safa's latest triumph in the courts is further confirmation that the association's members should not be discouraged from voting for leaders of their choice.

“We [Safa] are happy after the latest decision in the courts and we are looking forward to the elective congress on Saturday,” Motlanthe said.

Jordaan is favourite to win and secure his third term in office as he has received substantial backing from a number of Safa structures.

He has been Safa president since 2013. There have been accusations of abuse of power and ruling the national federation as his private fiefdom by several former high-ranking Safa officials who were Jordaan's allies previously, but the president appears to have secured the internal support he needs to remain in the seat.