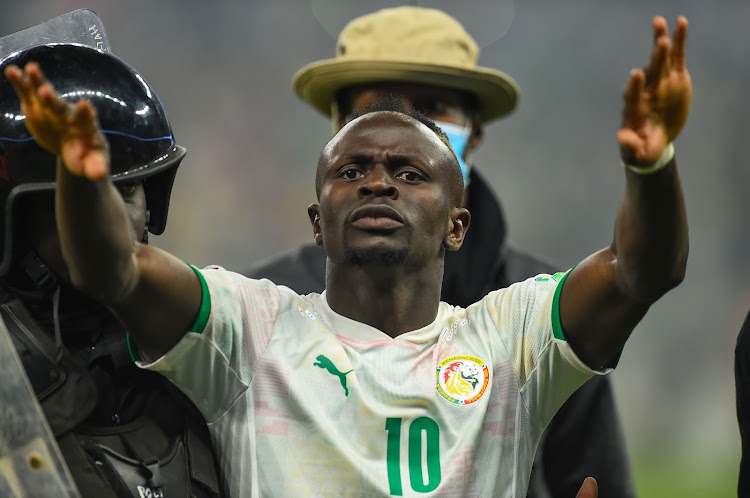 Sadio Mane slotted home a penalty seven minutes into stoppage time to hand reigning African champions Senegal a narrow 1-0 win over Rwanda at home in their Africa Cup of Nations qualifier on Tuesday.

Senegal fielded a full-strength side, with Mane leading the attack, but had to wait until a minute before the final whistle to secure the win over the 136th-ranked team in their Group L clash at Dakar’s new stadium.

There were also wins for Burkina Faso, the Cape Verde Islands and Zambia as the qualifying competition for the 2023 finals in the Ivory Coast continued.

Senegal were supposed to play their match in Kigali but renovations to the stadium in the Rwanda capital saw the two associations agree to switch around their qualifiers, so that Rwanda will host Senegal at the end of the qualifying competition next March.

Senegal had begun the defence of the Cup of Nations crown that they won in February with a 3-1 victory over Benin in Dakar at the weekend, where Mane scored a hat-trick, including two spot-kicks.

But this time there was only a last-gasp penalty for the large crowd to cheer, after a clumsy challenge from Jimmy Mutsinzi on Saliou Ciss ended Rwanda’s hopes of pulling off a remarkable result.

Kings Kangwa slotted home a dramatic curling free kick two minutes from time to hand Zambia a narrow 2-1 win over the tiny Comoros Islands in Lusaka in Group H after they found themselves a goal down after 13 minutes when a defensive mix-up allowed the Red Star Belgrade striker El Fardou Ben Mohamed to snap up the loose ball and strike firmly into the net.

Eswatini, who had held Togo away at the weekend in their opening Group B match, went ahead after 64 minutes in Johannesburg against Burkina Faso but then saw their work undone in the space of six minutes when 20-year-old Dango Ouattara scored twice for the Burkinabe as they went on to win 3-1

In the same group, striker Julio Tavares put the Cape Verde Islands ahead early in their game against Togo and victory in Praia was made sure in stoppage time by midfielder Jamiro Monteiro. — Reuters