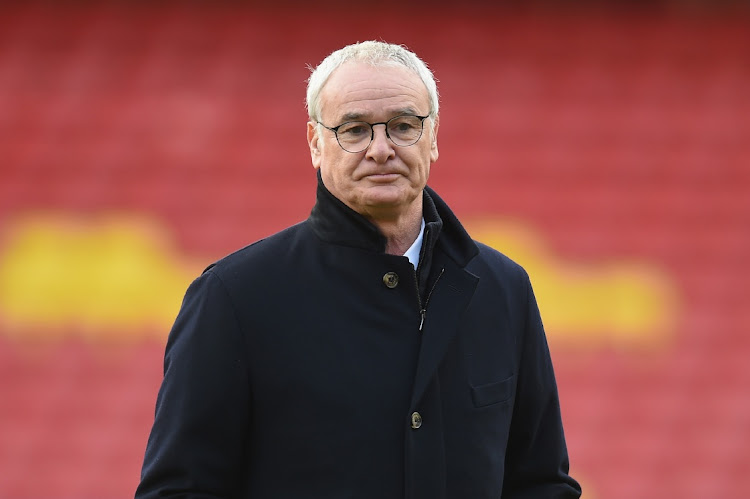 If any manager is hardened to the fickle nature of the profession it is Claudio Ranieri, so it is perhaps no surprise that he is the latest man coming in through Watford's revolving door.

The Italian, who turns 70 later this month, is the 13th managerial appointment in nine years for the club's owner Gino Pozzo, who fired Xisco Munoz on Sunday after just seven league games of the new season.

Xisco's 10-month reign can actually be considered a success and vindication of the Italian Pozzo's methodology.

His predecessor, Vladimir Ivic, was hardly doing a bad job when he was sacked after only four months last December, when the club was sitting fifth in the second-tier Championship.

Pozzo was not convinced though and hired Xisco, who duly delivered promotion back to the Premier League.

Similarly, Watford's start to this season has not been too bad with the club 15th in the table with two wins from their opening seven games -- hardly a crisis.

Pozzo, who employs a global network of talent scouts and whose family own Udinese in Italy, with whom Watford often trade players, is not a man to let the rot set in.

He has turned to a vastly experienced manager in Ranieri, who will be taking charge of his 16th European top-flight club, the most of any current Premier League manager.

Ranieri will be aware, however, that the Vicarage Road revolving door will keep spinning if he doesn't get the Hornets buzzing.

After all, he was sacked by Leicester City in 2017, nine months after leading them to a fairytale Premier League.

Since then he has had spells at Nantes, Fulham, Roma and Sampdoria with varying degrees of success.

While Xisco's sacking led to the usual round of "head-shaking" by pundits, the evidence suggests there is method in the madness.

When Pozzo bought Watford, the club were languishing in the second-tier and in financial turmoil. They are now in their sixth Premier League season under his watch.

Pozzo believes the structure in place for player recruitment and development means managers are expendable and that regular change keeps things fresh.

Indeed, the "new manager bounce" where clubs pick up form after a new appointment has been especially true at Watford.

Watford CEO Scott Duxbury admitted to having initial reservations about Pozzo's methods when, after taking over, 16 new players arrived in quick succession.

But he now buys into the Pozzo blueprint.

"We take a view that the role of a coach, particularly at a middle-of-the-table club, is a short one," he said in an interview with the BBC. "I think the lifespan is two years.

"If you take that pragmatic approach, and history suggests it is the right approach, then I think it is only common sense you build a stable environment around the club so that if a coach does move for whatever reason - success or failure - the actual club and infrastructure around it remains so you can transplant in another coach to continue the development."

Ranieri will settle in at his new office during the international break, but then he will need to hit the ground running with Watford's next two games against Liverpool and Everton.

For Watford fans, for whom life is rarely dull, it is another chapter, and possibly another brief one.

"The model has worked over the years. It goes against the conventional way to run a club but it has worked," said Jacob Culshaw, founder of Watford fans' channel WD18Fans.

"I have learned not to fall in love with any Watford manager - and when I have my heart has been broken."  - Reuters