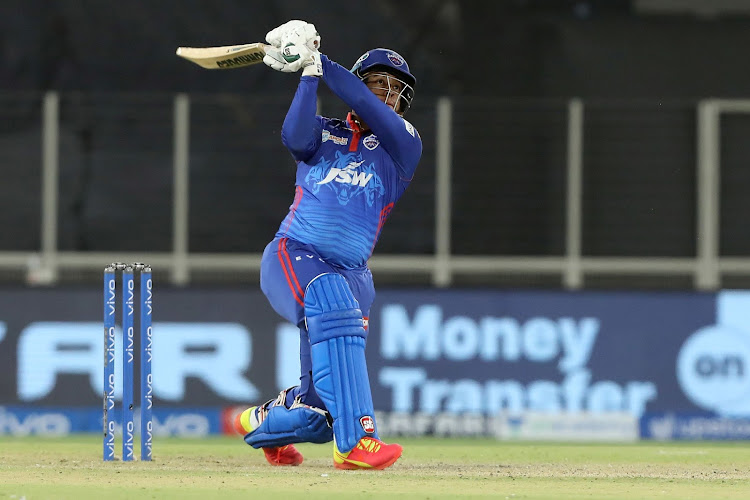 West Indies could be tempted to play Shimron Hetmyer as a finisher at the Twenty20 World Cup after the Delhi Capitals batsman excelled in the role again in this week's Indian Premier League (IPL) victory against Chennai Super Kings.

The left-handed batsman's unbeaten 28 off 18 balls helped Delhi claim the top spot in the points table having already secured a playoff berth.

The 24-year-old from Guyana pulled off similar breezy cameos in the first half of the tournament in wins against Mumbai, Punjab and Bangalore.

"Very important for me to finish games," said Hetmyer, who usually bats in the top order for West Indies.

"I tell the guys that is what I am paid for and I try to finish as many games as possible."

"Playing for West Indies, I bat in the top four. Here it's a different challenge for me, and so far it's been really fun and I'm really enjoying it," he added.

"It is a little bit tough on some of the pitches that we play on but I'm trying to be more open to different challenges."

•Meanwhile, England all-rounder Sam Curran will miss this year's Twenty20 World Cup with a lower back injury, the country's cricket board (ECB) said.

Curran, 23, sustained the injury while playing for Chennai Super Kings in the Indian Premier League (IPL) on Saturday and has returned to Britain for further scans.

Tom Curran, named as a reserve in England's 15-man preliminary squad, will replace his brother Sam, while bowler Reece Topley will join the group as a travelling reserve.

"The England players and management not at the IPL arrived at their Muscat base and will remain in Oman until 16 October before moving to Dubai for the start of the tournament," the statement.

The T20 World Cup will be held from October 17 to November 14 in the United Arab Emirates and Oman. England take on defending champions West Indies in their opener on October 23 in Dubai. - Reuters