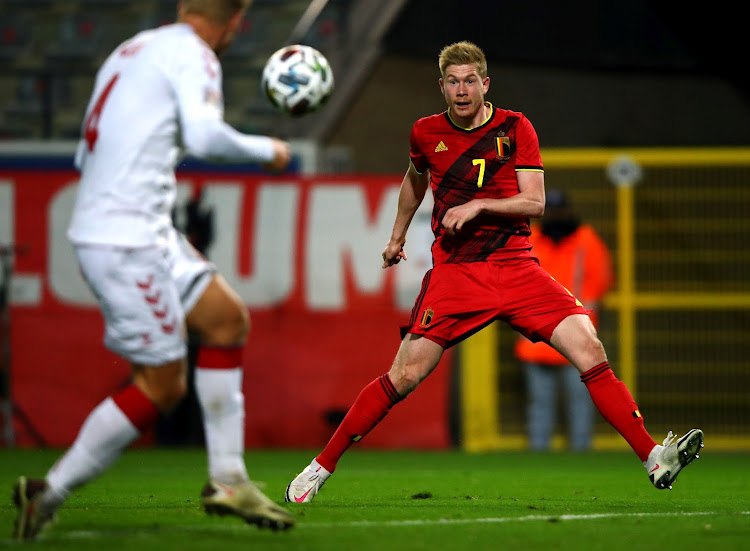 Fans of international football can be forgiven if it has slipped their attention that four of Europe's top national teams are about to play off this week for the Nations League title.

But while the fixtures being hosted by Italy may have gone under the radar, crammed in after a week of Champions League and domestic action and with World Cup qualifiers elsewhere, they promise to deliver some exciting encounters.

On Wednesday, European champions Italy face Spain at the San Siro stadium in a rematch of their Euro 2020 semi-final with a place in Sunday's final, also in Milan, up for grabs.

A day later, in Turin, Belgium's 'golden generation' aim to finally end their wait for a trophy but have the small matter of world champions France to deal with if they are to progress.

The second edition of the Uefa competition was originally scheduled for June but was pushed back after the Euros were delayed by a year due to the Covid-19 pandemic.

While there has been little anticipation of the tournament outside of the four competing nations, the match-ups are certainly the most appetising of the international fixtures scheduled for this week.

Roberto Mancini's Italy are looking to emulate Portugal, who followed up their Euro triumph in 2016 by winning the inaugural Nations League on home soil in 2019.

Mancini's squad is based around the team which triumphed over England at Wembley in July and although forward Ciro Immobile is ruled out, left wing-back Lorenzo Pellegrini, who missed the final with injury, returns for the Azzurri.

Spain lost out on penalties to the Italians in London and Luis Enrique's side have a quick chance to gain revenge although his plans have been hampered by injuries to midfielders Marcos Llorente and Pedri.

France had a disappointing Euros, going out in the round of 16 against Switzerland, but although coach Didier Deschamps is without midfielder N'Golo Kante, who has tested positive for Covid-19, he will be looking for his World Cup winners to shine.

Kevin De Bruyne is back in the Belgium squad after missing last month's World Cup qualifiers, with the Manchester City midfielder set to play behind Eden Hazard and Romelu Lukaku for Roberto Martinez's side.

Belgium and France last met in the 2018 World Cup finals with Les Bleus winning 1-0 before going on to beat Croatia in the Moscow final.

While the status of a Nations League title does not match that of a European or world championship, the Belgians, who have never won either, will certainly be keen to finally deliver on the promise of their 'golden generation'. - Reuters