Baxter on growing expectations for Chiefs to finally end their trophy drought: ‘We don’t dodge it’ 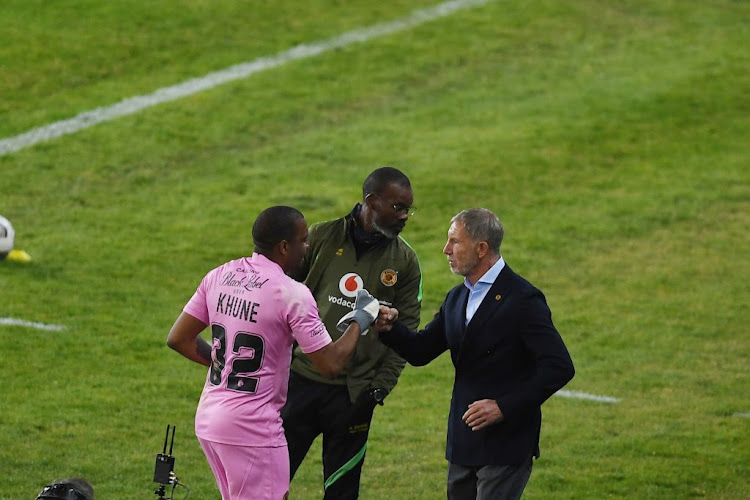 Stuart Baxter sees enough green shoots in the new-look Kaizer Chiefs to suggest the club can put an end to their trophy drought.

Chiefs’ new coach said he is aware expectation is building around a combination bolstered by high-profile technical staff and management appointments, and strong player additions.

That expectation will have been fuelled by a bright performance beating Orlando Pirates 4-3 on penalties in the pre-season Carling Black Label Cup at Orlando Stadium on Sunday, where some of the new signings had bright starts.

Baxter’s return to the club amid a string of signings is also reminiscent of his arrival at Chiefs in 2012 amid good player acquisitions, followed by two league and cup doubles in three years.

He returns to an Amakhosi desperate for success having gone six unprecedented seasons without silverware, where the closest they came to a league title was as runners-up in a painful final day slip under Ernst Middendorp in 2019-20.

Baxter said his message to the players will be to make that expectation their friend.

“I think when you bring new players into a club it always creates expectation,” Baxter said after the shootout win, which followed a 0-0 score in 90 minutes.

“I think our supporters’ expectations are tempered by their relative disappointment in the last few seasons, apart from Ernst’s title run. I think they are quite realistic.

“I think this will encourage them to be unrealistic because I think we played a lot of good stuff, and a lot of the new lads were very bright.

“None of the new players who have come in have disappointed me. I thought there were enough shoots of green grass [on Sunday night] to indicate we may be able to make a pretty garden out of this one.

“But it will be difficult. It will be hard for them [the signings]. They’ve got to prove they are Chiefs players.

“I think some of them did [on Sunday]. They showed they can play with a bit of pressure against the old enemy. I think it’s interesting.

“On the expectation, I’ll give you a quote from Phil Jackson, the Chicago Bulls coach with Michael Jordan. He’d won the league two years running and went to the press conference and said, ‘We’re going to win the league again next year’.

“The players came to him and said, ‘Hey, boss, we’ve got to get on the court and do that — you’ve just put pressure on us’. He said, ‘Make it a friend. Make it a friend — don’t dodge it’.

Sabelo Radebe, the 21-year-old midfielder promoted from the reserves in February, and new signings Phathutshedzo Nange and Kgaogelo Sekgota gave glimpses of their potential with bright performances in the Black Label Cup.

Khama Billiat and Bernard Parker showed signs of form, as did Itumeleng Khune in goal. Brandon Petersen, who replaced Khune in the second half, made two decisive saves in the penalty shootout.